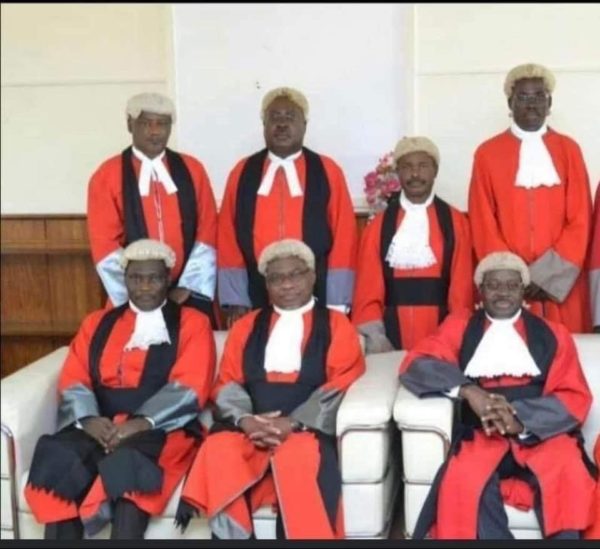 I hereby openly stand with the Executive. Honestly, it is very clear that the current top Judges are fighting APM and his government to see them fall.

Chilima in most of his campaigns shamelessly claims that once Tonse Alliance takes over the reigns of power, these judges will deal with DPP handsomely ..like some sort of revenge.

It’s an open secret that the judiciary is hiding behind the veil of incorporation “right” I mean its so called “independence” to do an ambush on the current regime. Once DPP comes to self-defence phokoso mbweeeee.

Those international organisations siding with the current judicial system aren’t aware of the secret war behind the scenes. They don’t have extra eyes to see beyond the horizons. This is like siding with a woman for the sake of just protecting her on the basis of being a woman but not knowing the evil scheme behind her.

The truth of the matter is that most of the top judges just like the HRDC are pro-opposition and they are working tirelessly to see DPP down and they should expect a fierce resistance from the ruling party that has the right to self-defence.

On the other hand, I honestly feel like what saved APM from his Presidency during those bogus two PPE verdicts, wasn’t the constitution or leniency by the top judges. THESE PEOPLE WERE AFRAID THAT CHILIMA WILL LOSE HIS VICE PRESIDENCY TOO and DPP will still be the ruling party without Chilima being the Vice President and that would put the Tonse Alliance at a disadvantage.

My message to all pro-opposition judges is that you pray hard that DPP loses or face a hard core direct confrontation with the DPP regime from next Tuesday. This time, you will lose badly as you cannot rape the will of 18 million Malawians by hiding behind “INDEPENDENCE OF THE JUDICIARY” to advance your hidden agenda.

To DPP….judges cannot decide your fate but rather the 6.8 million voters representing the 18 million Malawians . Prepare yourself for the fierce battle with opposition and reclaim your victory on 23 June 2020. You can shame these judges on the ballot. Do not be shaken by their purported demons on Wednesday. That’s an act of intimidation. Do not be afraid!