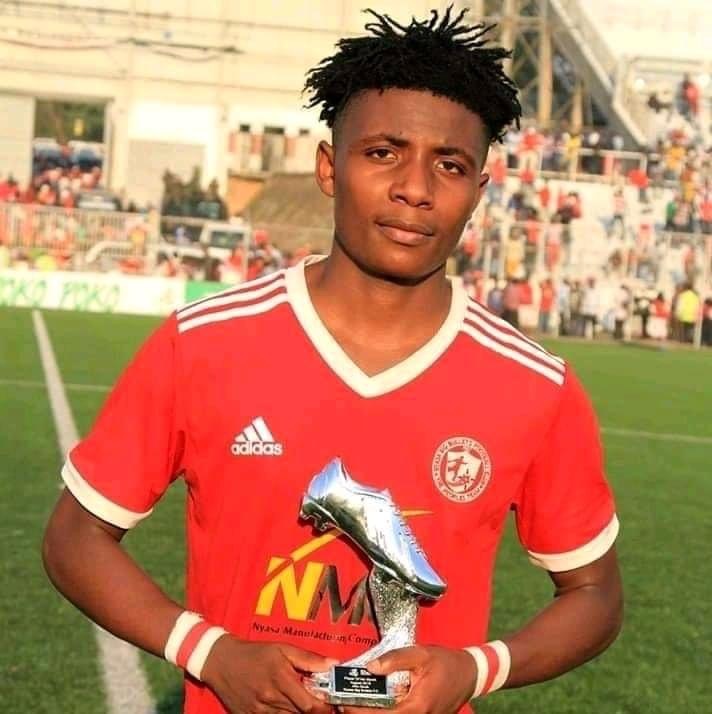 Football is a big game which is a celebrated by a lot of people across the world and besides all the material glory that comes with, players enjoy the most, being cheered by their supporters whenever their performance is mesmerising. In Malawi there are clubs with passionate fans such that when a player is a star, he becomes the fans favorite.

Malawi’s elite league was last season decorated by rare talent of one Peter Banda who stars for TNM Super League champions, Nyasa Big Bullets, which boosts of having the most fan base on the local football scene.

The 19 years old attacking midfielder terrific skills are not surprising to those who have followed football for a long time as he is a replica of his father late Chikondi Banda who was himself a marvel to watch and also played for Bullets.

His eyes catching displays on the field of play saw the young midfielder who is managed by his uncle’s Griffin Saenda Jr, being named the 2019 player of year in his debut season in the elite league.

Peter has fantastic crosses, dribbles and he is a perfect corner kick specialist.

These attributes, plus his tranquility when taking penalties, has made some of his fans to name him ‘Malawi’s Mbappe.

The Nyasa Big Bullets starlet started his career in 2013 at Griffin Young Stars where he developed into promising talent where he was nurtured to be a disciplined player who heeds advices from his coaches.

“I remember growing up playing youthful leagues in Blantyre including the FMB league where the coach would always advice me what to do with the ball and where I don’t have the ball to maintain position.

“I love playing Football and I could watch both local and international football, and back then my dad was like my role model,” disclosed Banda.

Banda says his wish is to play international clubs especially in Europe.

“I have played international football with the national team. The Flames and I am still aiming higher as I dream to play in the European leagues,” he added.

The 19-year old says he always feel happy when his team win games especially in competitive matches like supper league and he does have bad moments once his team loses.

To Banda, the current Covid-19 pandemic is affecting him as he feels the long break has disturbed his ‘good moments’ like spending time training with his colleagues than training alone at home like he is doing now.

Being a teenager who has made it big at the higher stage locally, he has a message to upcoming footballers.

“To all who are aspiring to play in big teams like Bullets or Mighty Be Forward Wanderers, be determined and work hard each and every day as things come in life when much effort had been added,” said Banda.

Banda has currently travelled to Moldova where he is expected to attend trials at Sheriff Tiraspol where his former counter part Charles Petrol is.