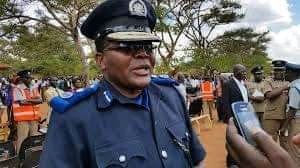 The Commissioner of police, George Hadrian Kainja who is a hopeful to become the police Inspector General if new public appointments were effected has obtained a court injunction restraining the government from sending him to take up diplomatic post.

Prior to the Tuesday presidential election, the government appointed George Hadrian Kainja to take up a diplomatic post in Harare Zimbabwe.

Some quarters within the police service suspected foul play in a manner Kainja was appointed a diplomat considering his vast experience in police operations and academic qualifications.

“All along Kainja has been the most qualified police commissioner among them all, but Mutharika preferred his cadets from the Lomwe tribe at the expense of the noble task which calls for integrity,” he said.

However, some quarters are of the opinion that Kainja has been denying himself an opportunity to head the law enforcement department because of his drinking habits.

The police commissioner, (Dr Kainja) is one of the sons from the Kainja family which had some staunch Malawi Congress Party followers such as Kettie who has served in various ministerial portfolios during the one party era.