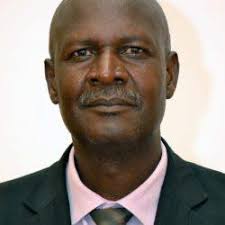 Despite numerous calls from various stakeholders for President Peter Mutharika to wake up and rise above petty politics in the fight against coronavirus which causes covid-19, indeed the calls have yielded dividends.

But still more there seem to be a lot of political bickering following the inclusion of other political party leaders from the opposition benches whom other quarters seem never to have expected.

Leader of opposition in parliament Lobin Lowe accepted to President Peter Mtuharika’s inclusion of his name before he was lopped into the now restructured Presidential Taskforce on Covid-19.

Meanwhile, Lowe has refused to comment on his Malawi Congress Party (MCP) claims that government did not consult him nor the party when topping him into the Taskforce.

Some MCP top officials claimed that Lowe left home for some duties as member of oarliament and not the Presidential Taskforce of Covid-19.
On Wednesday at a news conference in Lilongwe, MCP secretary general Eisenhower Mkaka accused President Peter Mutharika of announcing that Lowe was in the committee without consulting him and the party.

However, when contacted, Lowe asked for more time before commenting but said he was carrying with the duties of the taskforce.

“Just give me a little more time on this issue,” said Lowe.

President Mutharika announced this week of the restructured coronavirus committee which will now be headed by minister of Disaster Preparedness and Public Events Everton Chimulirenji.

The previous committee was headed by the minister of Health Jappie Mhango who is now embroiled in coronavirus allowance scam.

Mutharika also thanked Lowe for accepting to serve in the committee and representing all opposition parties as its leader from the National Assembly.