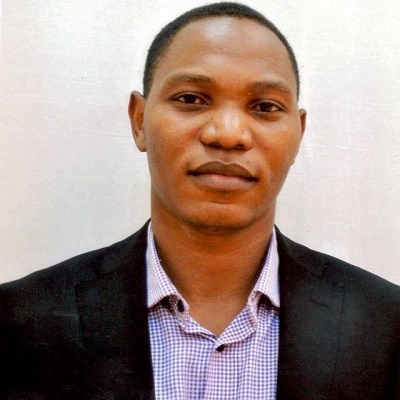 Fellow Malawians, as you are aware that the Minister of Civic Education and National Unity, Honorable Timothy Mtambo appointed me as his Personal Assistant on Friday the 17th of July 2020. However, my appointment has been received with mixed reactions from the public. There has been goodwill on one hand and anger and disappointment on the other. Of great concern, is the allegation that I am a DPP cadet whereby my previous Facebook posts have been retrieved to prove my allegiance to the previous regime.

While I am very thankful to those who showed goodwill and congratulated me, I am more grateful to those that openly expressed their anger and retrieved my previous Facebook posts because the posts gave me the golden opportunity to reflect on my past and do some serious soul searching. It is with great sadness that I found myself very wanting and unworthy to serve in the office of the Minister. I therefore, will tender my resignation to the Honorable Minister, Timothy Mtambo today.

To those claiming that I am a cadet, I would like you to understand that I am not a cadet and I have never really been a cadet. The only time I worked for DPP was in the year 2012 soon after Bingu had died. I carried an assignment for DPP in the North to help DPP prepare for by-elections which followed the ascendancy of Right Honorable Khumbo Kachali to the Office of the Vice President of Malawi and the demise of Honorable Dontoni Mkandawire.

By the end of 2012, some few influential cadets whom I had interacted with accused me of being a member of the People’s Party administration. They claimed I was a plant among the cadets to spy for President Joyce Banda. They said I was from the Northern Region and therefore a PP sympathizers. They sidelined me and I abandoned DPP. The accusations were false because I knew nobody in the PP government. But I had embarked on a project to unite all DPP youths into one group. This did not please the leaders of various youths groups in DPP who thought that unity would bring an end to positions they had in their respective groups because those positions enabled them to reach to party leadership and ask for finances. So they crucified me.

Since that time, 8 years ago, I have never worked for DPP. Yes, I made posts that favored DPP but that is only because I am a very objective person who speaks his mind freely. I don’t easily get carried away by public opinion. I was politically independent without any special cause to defend. I could speak against DPP just much as I could speak against those in Opposition and all my posts are still there. I was at liberty to say what I want and support any party of my choice.

The fact that DPP cadets hated me and never wanted me to be part of their party did not mean that I could not speak positively about DPP. God did not create me like that. I don’t keep grudges. You will recall that together with Barrister Allan Ntata, the former Legal Counsel to President Bingu wa Mutharika, we fought against the DPP government between 2015 and 2016. This also created bigger enmity between me and cadets.

God is my witness and cadets know the truth very well that I never worked with them. Anyone is free to make investigations if I was ever being paid by DPP to defend them. You can even ask cadets if they ever saw me in their meetings or if they ever met with me anywhere for whatever purposes. Tonse Alliance is now the government. They have every means to investigate if I ever worked for DPP.

Allow me to be blamed for the real mistakes I made which I am ready to take full responsibility for, but do not blame me for being a cadet when I was not. In fact, 99.9% of cadets don’t even know whom I am because they have never met me and nearly 100% of DPP officials don’t know me and have never seen me. These are facts that anyone can investigate and prove for themselves.

Let me remind Malawians, that I am an Executive Member of the Citizens for Transformation (CFT- People Power Movement) where I hold the position of Deputy Communications and PR Strategist. Honorable Mtambo who is also our Commander –in – Chief at CFT appointed me on that position months before Elections. My appointment was made public and I also publicly accepted the appointment. CFT was part of the Tonse Alliance and I did my work to help CFT and our CIC to contribute to the victory of the Tonse Alliance. Sometimes I slept late, ignored my wife and children just to finish assignments with my colleagues in order to help our CFT to be effective in the Tonse Alliance. I did all that work without pay or making any demands.

Under different circumstances, I would get hurt that it is only after elections and after I am appointed into government that people bring my past. But I am not hurt because I understand that I really made mistakes and I apologize. I am very sorry to the State President, Lazarus Chakwera, Vice President Saulos Chilima and former Presidents Joyce Banda and Peter Mutharika. Yes, I am sorry to supporters of MCP, UTM, PP and even to cadets because there are times I also negatively attacked cadets. All the posts are still there on my Facebook wall.

Finally, let me refute the allegation that I am just an opportunist looking for favors. This is very wrong because I made posts that supported DPP even though I did not belong to DPP or got paid by them, and I joined CFT before elections and I contributed in my small way to the victory of Tonse Alliance. Its not that Mtambo just decided to appoint me from nowhere without knowing that we worked together. But like I said, I will submit my resignation letter to the Honorable Minister today because I am convinced that I am not worthy of the office. Let others more deserving take up the post. But I will continue supporting CFT, our CIC and the new Tonse administration.