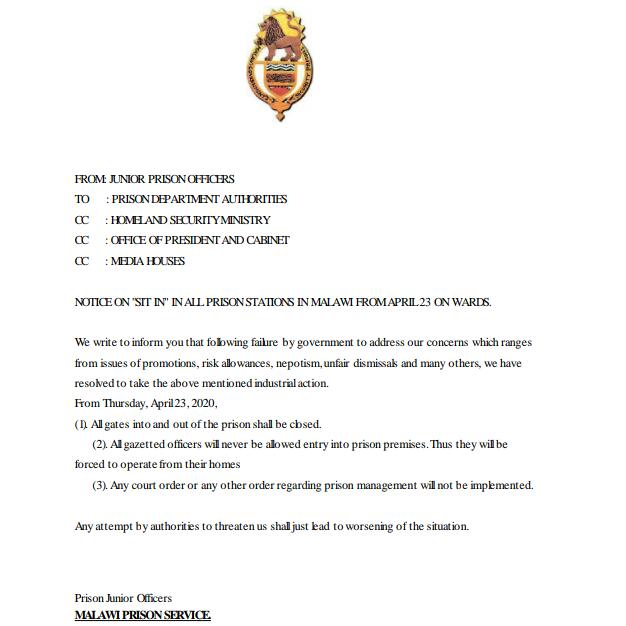 Junior officers at the Department of Prisons have threatened to go on strike starting from Thursday, 23rd April 2020.

The officers are complain for among others risk allowances, nepotism and unfair dismissals which have also taken center stage at the department.

Signed by some junior officers, their notice of an industrial action has been copied to the Office of President and Cabinet (OPC) Homeland Security Ministry and the media among others.

Government of Malawi has been pinned down to the corner with another industrial action which is failing to die at the Miinistry of Health where workers are also fighting for better conditions of service.