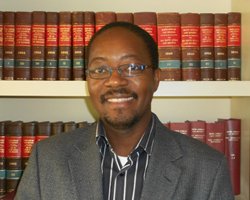 For the first time I’m going to endorse a side in a presidential race. I do so of my free will. Ignoring the spoiler, the upcoming presidential election in Malawi features two coalitions; the Tonse Alliance and the DPP-UDF alliance. One is a coalition of hope, the other a repackaged tribal pact that has brought the country to ruin.

One features a religious leader and a business executive – a combination of values and operational efficiency, wisdom and charisma, stability and vision. The other represents inherited privilege, patriarchal dominance, and the status quo of unguarded lawlessness, corruption and tribalism.

For 26 years, the hard-won democracy has been mutilated and assaulted relentlessly by regimes led by the Muluzis and the Mutharikas. Neither family has a history of struggle for the liberation of Malawians. Unquestionable though is the fact that both families have a stellar record of enrichment from the state.

The Tonse Alliance features candidates who can rightly be called non-establishment, drawn to politics not because they were desperate for coin, but because their profesional calling and success put them in a position that they find themselves in. They represent the idea, not often realized in our context, that one can with hard work and commitment to excellence rise to the summit.

It is deeply ironic that after almost three decades Malawians have come full circle to welcome the party that caused so much harm to its own people over three decades to rescue us from situation we are in – of deep enslavement to poverty, underdevelopment, corruption, tribalism, incompetence, lawlessness, and criminality.

For the first time, we have heard some apologies from the MCP leadership. Belated as these apologies are, they’re welcome and long overdue. This must be regarded as a start. MCP has a lot to do to confront its past and present a future to Malawi that doesn’t bring us back to pre-1994.

Another positive thing we have seen from the Tonse Alliance is a focus on the alliance and its agenda rather than on the polarizing figure of Kamuzu Banda. Many victims of the MCP regime and their families are still alive. They cannot be revictimised by bringing back the ghost of Banda.

Many critical issues are at stake in this election: the future of democracy, the independence of the judiciary, corruption, tribalism, the rule of law, political and legal reforms, economic prosperity and good governance. Who between the two alliances would the rational voter reasonably expect to address these issues? The answer cannot possibly be the DPP-UDF alliance. This is the alliance that has been in power for the last six years and has suffocated everything, animate and inanimate. The last two weeks have shown us how low this alliance can go. It has touted itself as a purveyor of misinformation, confusion, violence, intimidation, and hopelessness. Voting for the DPP-UDF alliance is like a goat voting for the butcher.

Let there be change! If change comes, and may it do so, we will still be here to hold the new group of people accountable.

I hereby endorse, fully and without qualification, the Tonse Alliance and the hope and change it promises.