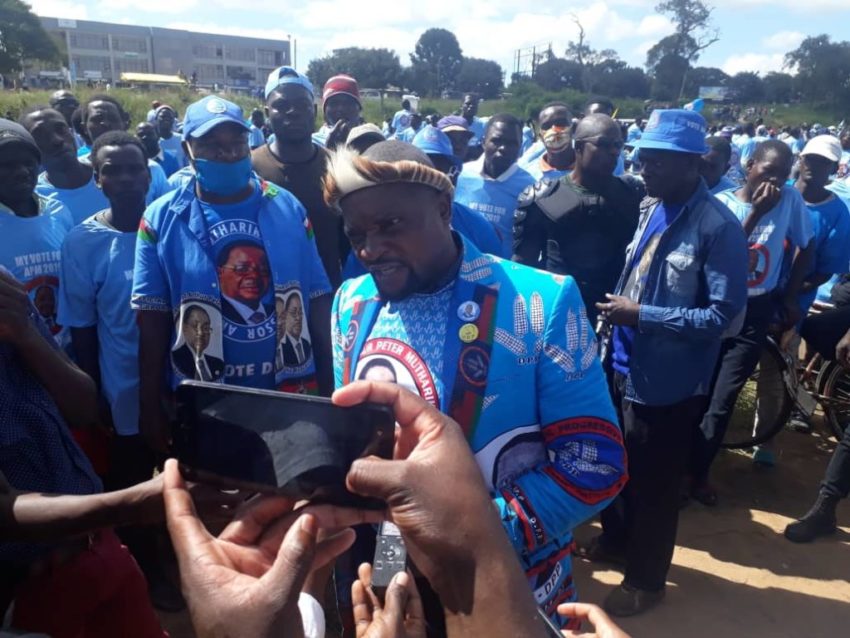 The Regional Governor for the ruling Democratic Progressive Party (DPP) in the Northern Region, Mzomera Ngwira has hinted that any provocation of his party members during campaigns will invite a direct retaliation instantly.

Ngwira was speaking in Mzuzu during a parade which the DPP organized to demonstrate the existence and strength of the ruling party in the region.
The governor emphasized that it has been a custom since the annulled 2019 presidential election that DPP followers have been victims of all forms of violent activities perpetrated by opposition parties in the name of demonstrations.

“Whoever is going to provoke us this time around should prepare to build his house in space, if you slap us once we won’t wait for another one, we will right away retaliate and our level of vengeance will be more gravely,” Ngwira said.

He further attacked the United Transformation Movement (UTM) alleging that it has been the most violent party in the country.
“We were peacefully coexisting with other parties in the country but the coming in of UTM, violent activities have risen in the country, but enough! now they should not try provoking us anymore,” he was responding as to why Peter Mutharika have not visited the northern region since the 2019 elections Ngwira said it was the leadership of the party in the region that advised the president not to do so, saying doing that could endangered lives of many DPP supporters.

“We advised the president not to come to the region because that could put our supporters in the spotlight for easy attacks from these hostile parties which are only existing to wreck havoc to our political party supporters,” Ngwira concluded.

Efforts to seek views of the UTM Regional Governor for the Northern Region, Leonard Njikho proved futile since his mobile phones were out of reach.

The DPP parade took to a number of strategic places in the city of Mzuzu which includes the Central Business District (CBD), Chiputula, Chibavi, Luwinga and Katoto where at some point some disgruntled people pelted stones.