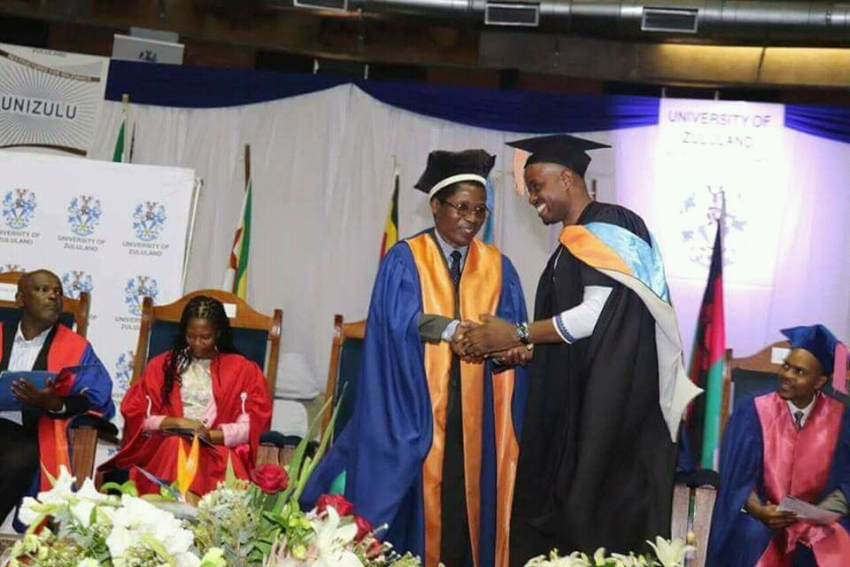 A South African lecturer has been sentenced to life imprisonment for killing a Malawian academic who was his workmate at Zululand University.

The Malawian is Gregory Kamwendo who was killed outside his home in 2018 was the dean of the Faculty of Arts at the University.

According to South African Police report, on 22 May 2018 at 5 oclock in the afternoon , Gregory Kamwendo (53) parked his vehicle outside one of the flats on Durford Road in Empangeni.

While stationary in his vehicle he was shot and killed by two men. He sustained multiple gunshot wounds on the upper body and was declared dead right at the scene.

A case of murder was opened for investigation at Empangeni South African Police Service (SAPS).

A thorough investigation was conducted by the investigatiion officers and in November 2018, a breakthrough was made.

The two accused were positively identified and linked to the case, tried in court and made several court appearances until they were sentenced to life jail term.

According to South African media reports, months before the murder Nkuna had threatened to kill Kamwendo for testifying against him (Nkuna) in an assault case at the university. Kamwendo also uncovered the fraudulent awarding of PhDs at the university.

“This sentence proves that the long arm of the law will find you wherever you are hiding,” he said.

However, several Malawians have been brutally murdered in cold blood in the rainbow nation but the culprits are yet to be brought to book.