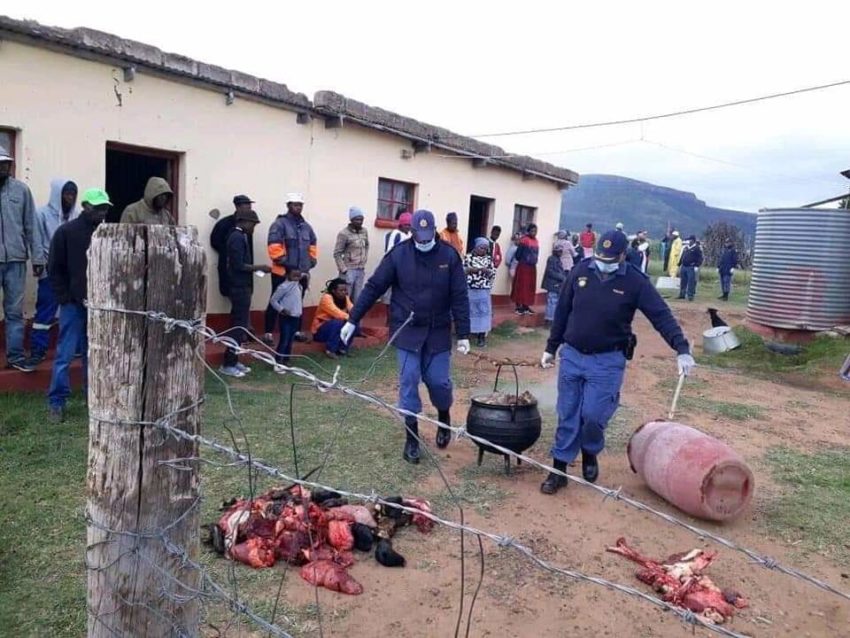 BY DRAXON MALOYA
Effects of Covid19 caused by the deadly coronavirus have totally affected many people around the world to an extent of forcing some global citizens in the rainbow nation (South Africa) to behave so strangely with their thirst for alcoholic beverages.
This time around, South Africans have done it again, now selling beer in cooking oil bottles which is against standard rules of hygiene.
A relation to this reporter based in Kwazulu Natal, Phumulani Sithole said the the cooking oil bottled liquor comes as a result of a 21 days lockdown imposed on South Africa in the wake of controlling the further contracting and spreading of the deadly virus.
“With the situation at the moment the Citizens have to bear 21 days without liquor and cigarettes a situation which has led to a couple of liquor stores and taverns having been broken into and I can send you several videos captured and now making rounds on social media,
“No liquor sales at all, including from grocery stores according to the lockdown regulations South Africans are only permitted to buy basic goods,” said Sithole
Sithole further said a number of arrests have been made for contravening the lockdown regulations with the funny one being on Saturday, when the whole weddings (bridal) party was arrested in Kwazulu Natal Province.
And thus far over a thousand people have been arrested but it is not known as to when those arrested will be taken to court.
“The cooking oil bottled beer have confiscated by the police and have more beers having been confiscated from many parts of the country,
“Day 14 of the lockdown and people are in a desperate search for alcohol, some liquor stores have been selling in closed doors at inflated prices,” she said
Meanwhile, government of South Africa has confirmed the extention of the lockdown with another 14 days, a development which some economic observers says will bear catastrophic consequences to small and medium enterprises and also low income earners.
In a related development, Chinese doctors have arrived in Nigeria to treat Covid19 patients, but reports states that they will only be treating Chinese coronavirus patients.
And this has caused a public out cry.