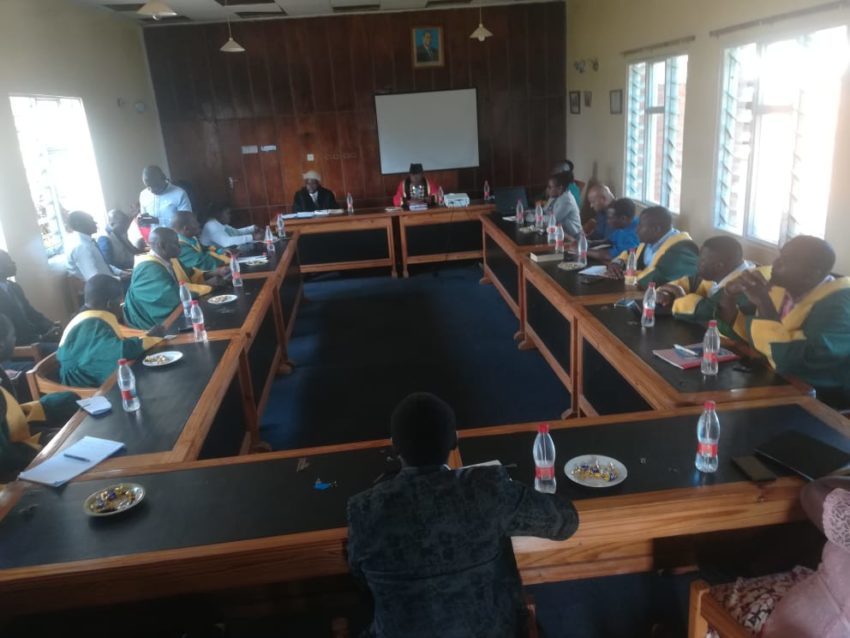 There was drama at an emergency Mzuzu City full council meeting on Wednesday which was called to deliberate on the Mk35 million kwacha budget meant for the prevention of coronavirus which causes the deadly Covid19.

The coucillors refused to pass the budget sighting among others lack of transparency on the part of the secretariat since there were no documents to be referred to when passing said the budget.

Speaking after the meeting the chairperson for the council’s finance committee, Councilor Hiwette Mkandawire said the secretariat knows what they were hiding hence convening a full council meeting without documents to be referred to when scrutinizing the COVID-19 budget.

“Where on earth have you ever seen a council meeting being conducted without the documentation of an agenda item for the meeting?

“We decided not to waste our time with the meeting when it is clear that the secretariat only wanted to use us in passing the budget so as to use those financial resources for their own selfish ambitions,” Mkandawire said

“The level of trust is still too low, we have so many issues with the secretariat here at the Council, but once we started working together everything will be sorted out,” Nyasulu said.

But the Director of Administration who is also acting as Chief Executive Officer, Chrispin Banda refused to concede that there is a sour relationship between the secretariat and the ward coucillors.

“They (coucillors) have just deferred the time of budget approval, otherwise they are calling for transparency and accountability on how public funds are utilized at various council levels,” Banda said.

In a another dramatic twist of events, during the reading of the budget, the Director of health, Lillian Chirwa also told the council meeting that her department was not fully aware of some requirements in the fight against the pandemic.

Government through the ministry of local government have financed the council with Mk35 million meant for the fight against coronavirus in all the wards of Mzuzu City Assembly.