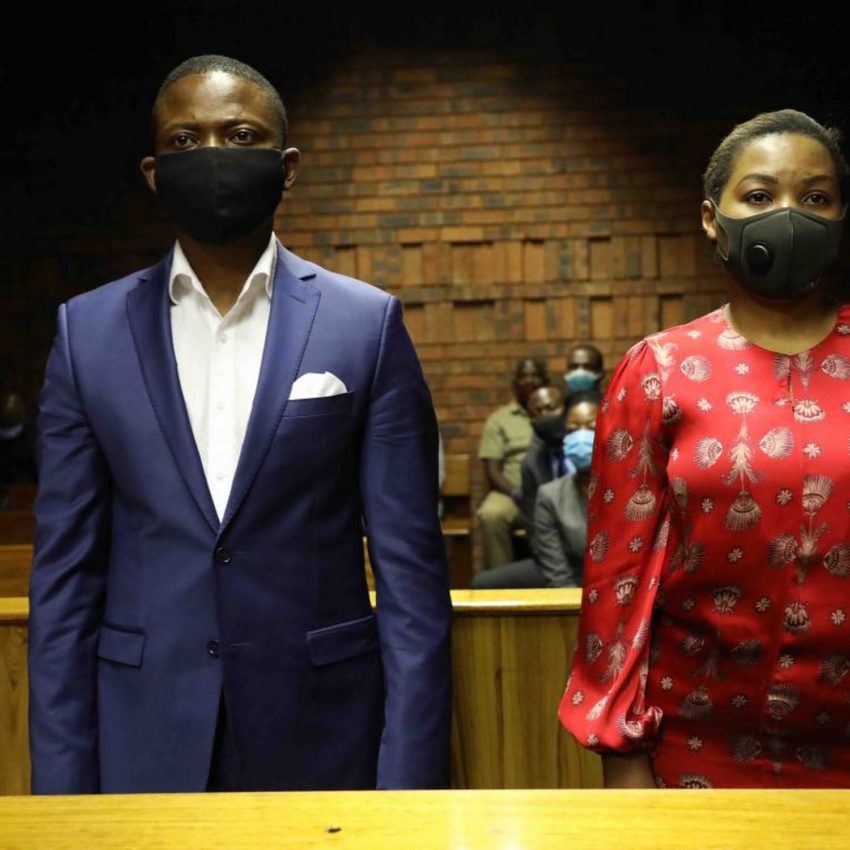 The media across the Southern African region have been investigating so as to give a true account on how Malawi’s self proclaimed Prophet Sherperd Bushiri travelled from South Africa to his home country, Malawi.

While some media outlets are of the opinion that Bushiri used another passport to leave the Rainbow nation in a movie style like of being smuggled out of Jo’burg like an illicit drug, the South African government still remains of the view that the prophet was flown out by Malawi’s head of state, Lazarus Chakwera.

But our investigation, finds that Bushiri was whisked out of South Africa with the use of some Commandos from middle-east, Israel to be specific.

The South African security system was smartly beaten right at the Waterkloof airr-field where the aeroplane carrying the Malawi leader Lazarus Chakwera and his entourage took off from.

Going by what Bushiri could foresee in a case he was answering across the Zambezi, the prophet had all the reasons to use every penny to evade trial.

The past couple of weeks, I joined a group of Southern Africa Development Community (Sadc) region journalists discussing how we, together, can change the narrative about migration across the region and beyond.

What the organisers couldn’t foresee, though, was ‘prophet’ Shepherd Bushiri’s ‘miraculous’ dramatic reverse migration back home—beating the intelligence and security agents in South Africa, Zimbabwe, Mozambique and those at home—as he skipped bail and announce himself as a fugitive in a movie-like episode.

What has happened since has gripped the imagination of the two countries, the rest of the continent and the world beyond. How Bushiri pulled this trick off remains a great intrigue and ultimately rivals any of the stunts—some call them miracles—he has performed on the puppet for so long.

Now, don’t get it twisted, whether Bushiri’s walk in the air and other stunts warrant him to be called a prophet or not, is neither here or there. What is beyond dispute is the fact that Bushiri faces some very serious criminal allegations in South Africa which he has to answer for.

While we all empathise with the plight of compatriot, and his beautiful better half for their plight, we also have to sympathise with the myriad of innocent poor people who claim—whether true or falsely—that the man of God fleeced them millions of their savings.

The potential that some individuals, who also attend his church and are his business associates, could’ve have been fleeced, if the allegations the South African police (Hawks) are prosecuting are true, are remarkably high.

It’s in every such individual’s interest to see Bushiri either exonerated or found guilty by a competent court of law. And South Africa’s model progressive post-apartheid constitution guarantees Bushiri so many freedoms and rights that he can still enjoy—including access to the best lawyers—and a world renowned professional judiciary.

That Bushiri reckoned that he couldn’t get justice from such a judiciary is something some minds must interrogate but to be very raw, as one great columnist tended to say, the Bushiris ought to come up with a more persuasive reason than we have been told on why they couldn’t trust the South African judiciary to deliver an impartial justice.

Once home, they cited their escape as a “tactical withdrawal”, citing safety reasons. But this move came when the same criminal justice system they are protesting against was able to grant them bail despite them being flight risk; ostensibly, demonstrating the reasonableness of the judiciary.

Back home Bushiri has been turned into a semi-national hero through this episode, largely thanks to the condescending manner in which South Africa government, its citizens and—sorry to add this—media—has treated Malawi government.

It was unbelievably surreal to watch the South African government treat the Malawian delegation that travelled with President Lazarus Chakwera with the most discourteousness and contempt—abandoning all diplomatic protocols and traditions—at the Waterkloof airbase in South Africa.

Maddening enough, after staging their ‘coup disgrace’ –showing the Malawi president the diplomatic middle finger, searching his plane and accosting his ministers and senior officials, senior cabinet ministers such as South African Finance Minister, Tito Mboweni, still had the temerity to continue providing oxygen to the rumours that Chakwera, somehow, was responsible for sneaking out

What the campaign of disinformation and half-baked journalism has achieved is to trigger a strong wave of nationalism on both sides of the divide, xenophobia in South Africa and siege mentality in Malawi.

4 thoughts on “The Great Escape From South Africa”