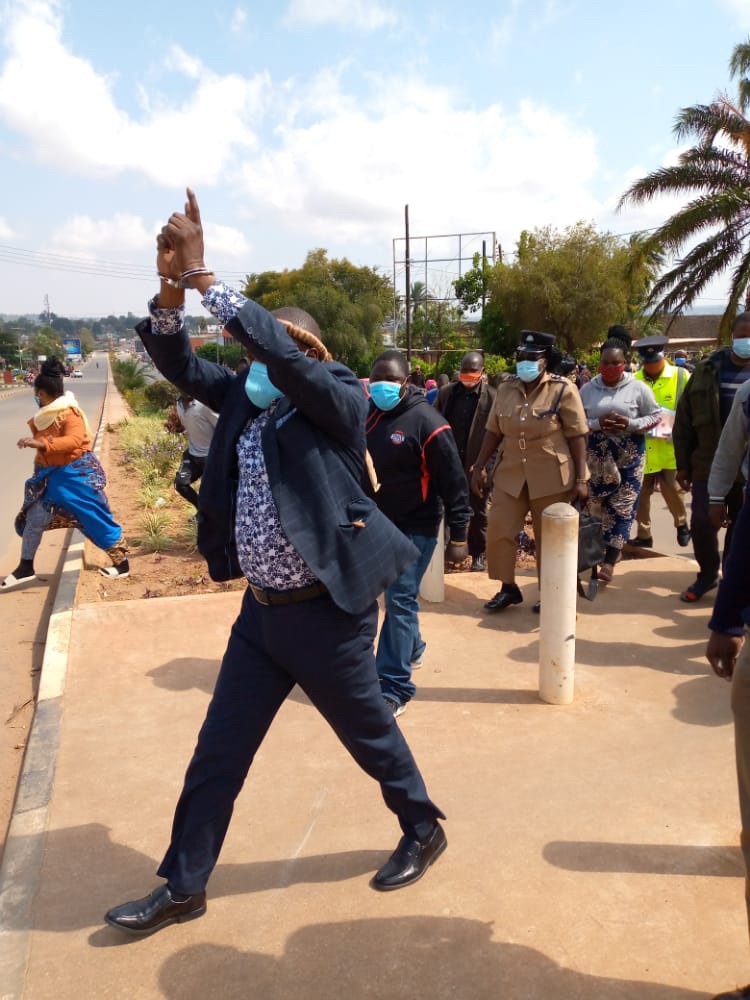 Police in Mzuzu have amended the charge sheet for the Democratic Progressive Party (DPP) Regional Governor for the Northern Region, Mzomera Ngwira.

The police have changed the charge sheet from the previous unlawful wounding to ats intended grevious harm which attracts a maximum prison sentence.

He is also charged with malicious damage and proposing violence which are felony in nature which also attracts a seven year jail term.

Ngwira has handed himself to the police regarding the crimes he is alleged to have committed along other four accused persons who are being taken to court on Thursday where his legal council, Christon Ghambi is likely to apply for bail.

Police reported that the DPP Regional boss has been in hiding since the notice of his impending arrest for the Crimes committed in 2016.

But Ngwira said he was fearing to infect police officers with Covid-19 as he was in isolation.

DPP’s Treasurer General, Jappie Mhango was the first senior party’s official to make a follow-up on Ngwira’s arrest
Mhango visited Ngwira at Mzuzu Police Station just a few minutes after his arrest.
Some of the DPP loyalists notably, Isaac Jomo Osman, Norman Chisale and Gerald Viyola have been facing arrests since the change of government in the country soon after the leadership of Lazarus Chakwera and Saulos Chilima took reigns of power.