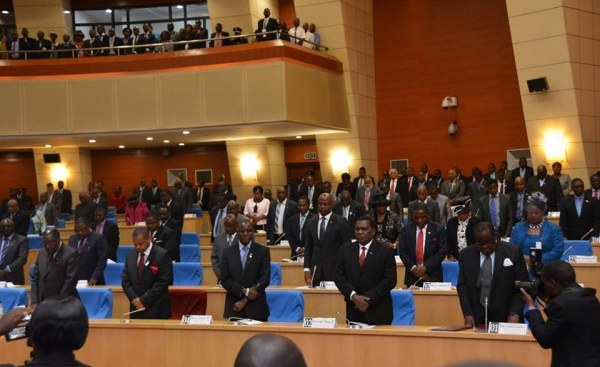 Tonse Alliance Members of Parliament are K500,000 richer after President Lazarus Chakwera hosted them at his Area 6 residence on Tuesday where they got the handouts.

We can exclusively reveal that the newly elected President, less than a month old in office has already managed to splashed about K35 million on the MPs. The Tonse Alliance MPs were in four cohorts to see the President from Tuesday morning up to late afternoon

According to the notice that we have seen, the MPs were in four cohorts to see Chakwera. All of them came out smiling with the envelopes they got from Chakwera.

“Hon Members all is set for tomorrow to meet with the H.E we have 4 Groups and am sure Most of U Know which Group/ Cohort U are in.”

“For the 1st Cohort let’s meet at Cross Roads at 8:30 am our Meeting with the HE is at 9am,” reads the notice to the MPs.

The 4th Cohort MPs were to meet at Crossroads at 10.30am since their meeting with Chakwera was scheduled for 10.45am.

“Hon Ngalande, Hon Z.Ngoma, Hon Chingonga and Hon A.Songwe, plz take Note ur in the 3rd Cohort.Dress Code; Suits for men with a neck tie on and Formal for Ladies,” reads the notice.

In the meetings with the MPs, President Chakwera blamed ‘some’ Alliances partners for influencing the cabinet selection which received alot of criticism especially from Tonse Alliance supporters.

Insiders said President Chakwera is being influenced in his decisions by two of his powerful advisers Samson Lembani and Prince Kapondamgaga who has been appointed as State House Chief of Staff.

“This issue of the MPs being given money came from these two individuals. They have also awarded a contract to renovate Kamuzu Palace to an MCP financier a Trinidad,” said an impeccable source privy to the going ons at Area 6 residence.