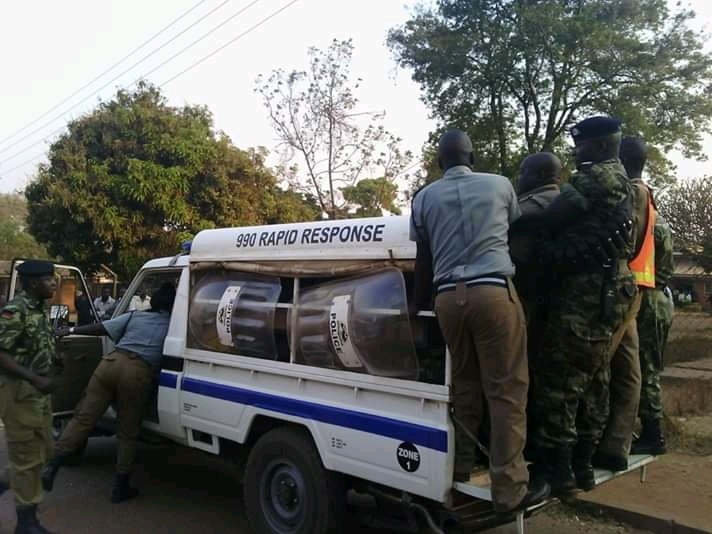 Police in Kasungu have arrested two traditional leaders for ordering burial of an alleged murdered person without reporting to police.

Namwaza said on June 22, 2020 Ziggy Chiwera, 48 died after been severely assaulted by Limbikani Jubeki, 58 and Andrew Mtolo, 25 of the same village at a beer drinking place.

“On the day in material, Ziggy Chiwera went to drink beer at Kachembwe trading centre. In the course of drinking beer he got drunk and accidentally spilled to the ground a pail full of beer belonging to Limbikani Jubeki who also runs the place,
” This did not go well with Jubeki who started beating Chiwera with the other suspect helping him.

And Chiwera left the place after been beaten-up, but he later collapsed and died on his way home,” he said

The Police Publicist further sai, Senior Group Village Headman Mkazikale ordered the burial of the Chiwera’s body without reporting the matter to police despite having the knowledge that Chiwera died after being assaulted by Jubeki and Mtolo.

However, a relative to Chiwera on July 30, 2020 decided to report to police despite the burial taking place after a month upon feeling that the burial process was unlawfully conducted. Police launched enquires that have led to arrest of the four on different charges.

The two traditional leaders have been charged with Conspiracy to Defeat Justice contrary to section 109 of the penal code, however the charge may change depending on the completion of police enquires.

Limbikani Jubeki and Kondwani Mtolo have been charged with murder and will appear in court soon.