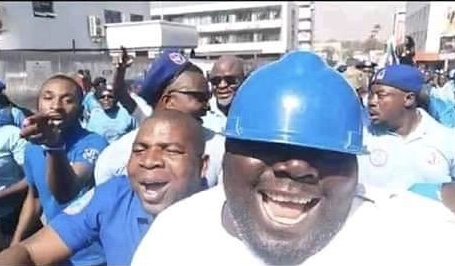 One of the ruling parties, United Transformation Movement (UTM) , has dismissed claims that Councilor and Ntopwa Football Club owner, Jomo Osman’s rquest to join the party has been dismissed.

According to reports, it is alleged that Osman requested to join UTM and the party’s regional committee in the South accepted the request.

However, It was further reported that an event to welcome Osman into the party failed to take place after the National Executive Committee of the UTM rejected the politician’s request.

In a seperate intervieUTM national spokesperson Joseph Chidanti Malunga has described these reports as not true saying they are just social media talk.

“UTM is led by Vice President Saulos Chilima and the party is part of the ruling Tonse Alliance which also includes the Malawi Congress Party but that has nothing to do with these social media gimmicks,” he said

Since the Tonse Alliance became a ruling alliance in June, Jomo Osman has been arrested on at least two occasions.

He is currently answering assault, theft and malicious damage charges of which dome of the charges relate to the assault of a Malawi Congress Party supporter.

It is also alleged he supplied Samosa to State House at inflated prices of K35,000 a piece during the DPP administration.