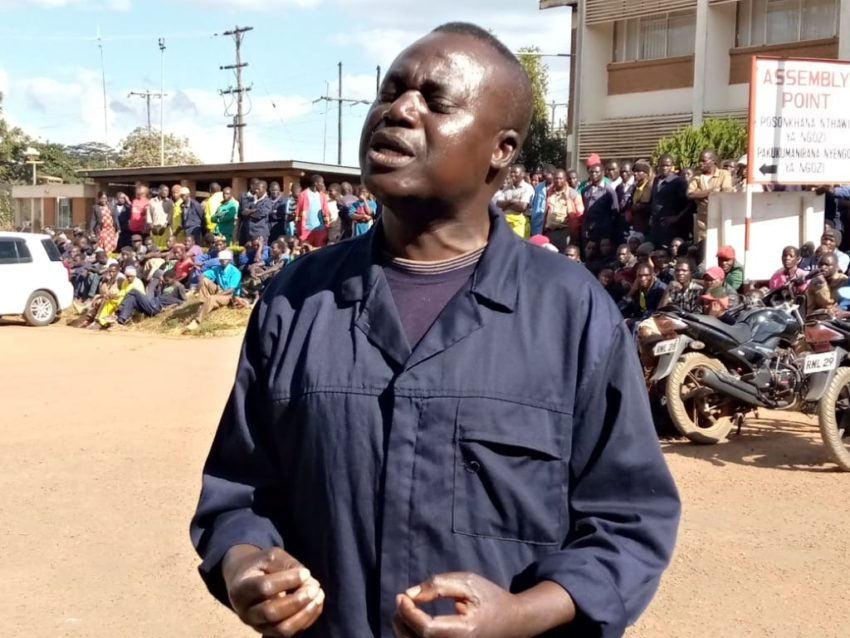 Government is still failing to extinguish wrangles between workers of Raiply Malawi Limited and members of the Reformed Timber Miller’s Union that have been hindering progress in the replanting, caring and harvesting of trees in the Vipsya Forest Reserve, also known as the Chikangawa Forest.

On Tuesday, workers at Raiply Malawi Limited called for a media briefing to express their disappointment with a weeklong blockage to the entry points of the forest which led to the disruption of business at the country’s biggest wood milling company.

Taking turns when speaking workers union leaders cautioned members of the Reformed Timber Millers Union for blocking the collection of wood from the company’s concession areas threatening that if that happens again they will take unspecified action which they did not reveal.

“We are more than 2000 employees here and we depend solely on the day to day wages we get from the company, so if they close down operations like this, who is going to feed our families?

“Leaders of the Reformed Timber Millers Union should not be more Malawians than everyone of us? So let them never try to provoke us here anymore because that will be hitting us under the belt which can no longer be tolerated,” one employee, Prince Banda said. Raiply’s Public Relations Officer (PRO) Dalitso Chimwala refused to comment on the matter saying his duty is not to speak for the employees of the company who have their own union leaders adding that his duty is to speak for the management.

And addressing the media in a press briefing later in the day parliamentarians in whose constituencies the forest reserve located, Wezzie Gondwe for Mzimba East and Chrispin Mphande Parliamentarian for Nkhatabay West sympathized with the employees saying Raiply is one of the principal contributors of tax in the country.

“Raiply is remitting more than Mk4 billion in tax to government and they are also doing very well in their Social Corporate Responsibility initiatives, unlike the Reformed Timber Millers Union who are only depleting our forest resources,” Mphande said. However, despite addressing the media on Tuesday the two parliamentarians conceded never at any point in time to have made an effort to meet with aggrieved parties in the wrangle.

Earlier this week, chairperson of the Reformed Timber Millers Union, Paul Nthambazale expressed disappointment with millions of matured trees which are just falling and got rotten in the forest hence government and the Indigenous wood Millers missing out financial opportunities.
Government through the Deputy Forestry Director, Kasizo Chirambo played hide and seek on the matter having refused to meet members of the Reformed Timber Millers Union on several occasions he visited the plantation office in Chikangawa.

Meanwhile, the court has granted Raiply Malawi Limited an injunction restraining members of the Reformed Timber Millers Union from holding vigils which were blocking the company from entry to access timber from the forest.