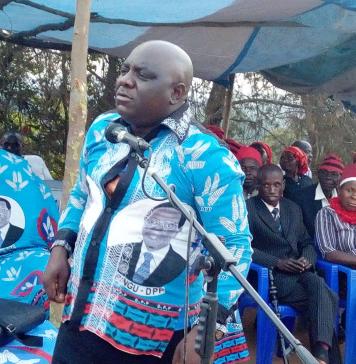 The Minister of Tourism, Symon Vuwa Kaunda has intensified campaigns of money distribution as a way of swindling people away from opposition parties to join Democratic Progressive Party (DPP) and possibly vote for President Peter Mutharika in the forth coming fresh presidential election.

Kaunda continued with this campaign strategy at Tukombo during his whistle stop your over the weekend when he was welcoming 64 people who were reported to have defected from Malawi Congress Party (MCP) and rejoined DPP.

In his remarks, Kaunda who is also National Director of Logistics for the party said, “DPP’s open door policy remains intact, It is never too late to join the DPP”. He further advised people at various hot spots in the district to vote for president, Peter Mutharika and his running mate, Atupele Muluzi in the forthcoming presidential polls slated for 2 July.