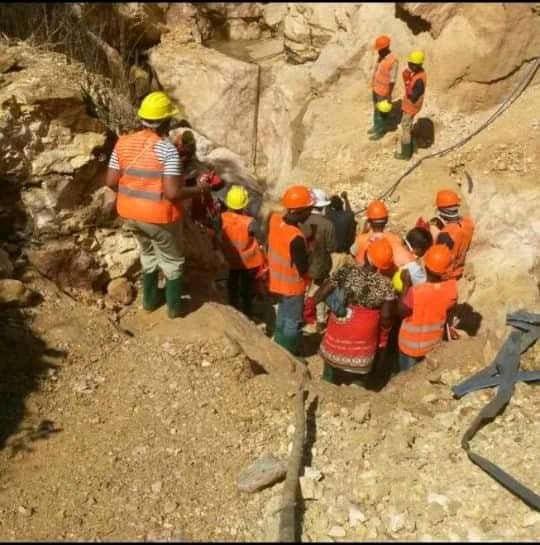 Mining companies operating in Rumphi District have been cautioned against breaching labour laws saying they risk being dragged before the Industrial Relations Court.

Rumphi District is reported to have registered over 60 cases in the past three months of which 10 are sexual harrassment.

Kalagho further said while he understands the economic hardships most companies and organisations are going through due to the Covid-19 pandemic, but there is need for employers to follow all proper procedures and unpaid leave should be an employee demand-driven and not the other way around.

He made the remarks on Monday during labour laws sensitisation meetings held at Kaziwiziwi and Mchenga Coal Mines in the district which was organised by Rumphi Women Forum with funding from Action Aid Malawi.

“Employers are sending their workers on unpaid leave which is not acceptable because if someone wants to go on unpaid leave it should be him or her to apply and not the employer initiating the process.

As the office we want to embark on ensitisation meetings targeting both the employers and employees so that they follow the labour laws accordingly,” Kalagho said.

In his remarks, Administrator at Kaziwiziwi Coal Mine Company, Beforce Nyirenda, said despite his company facing economic challenges due to the impact of Covid-19 they have maintained all their 273 employees.

“We haven’t sent home anybody due to Covid-19, We are struggling because most of the markets have closed, so we are only remaining with one buyer, Limbe Leaf Tobacco. But still more we have maintained the number of 273 employees,” Nyirenda said

Rumphi Women Forum Youth Activista Chairperson for North Chapter, Lyson Mkandawire, said they decided to step up awareness meetings on labour laws upon noticing the existing gaps especially in most companies like in the mining sector and foreign-owned (Chinese) shops that are plying their trade in the district.

“We have engaged ourselves in this process just because there are a number of issues that are coming out from the district more especially to do with employees how their rights are bring violated at the working place. For example, some are being dismissed from their work without being paid and women sexually abused when they want to seek job which is not acceptable by the law. So we thought it wise that we have to engage relevant stakeholders to ensure that there is decent work,” Mkandawire said

One of the section heads at Kaziwiziwi Coal Mine, Alick Mweso, has since described the training as an eye opener that will help workers follow all relevant labour laws to fight for their rights at the work place.

In a separate interview, the project manager responsible for mining activities at the Church and Society Program in the Synod of Livingstonia in the CCAP, Paul Kamanga described sexual harrassment at workplaces as evil.

“Wanton violation of women and Children’s rights is still rampant in the country, a number of such cases are being registered where CEOs are reported doing the same. It is now time for the Tonse Alliance government to embark on an enforcement exercise that will put to a halt all such malpractice,” Kamanga said.

The employees were drilled on Employment Act and Workers Compensation Act among others.

2 thoughts on “Women and Children Rights violated in Mines”