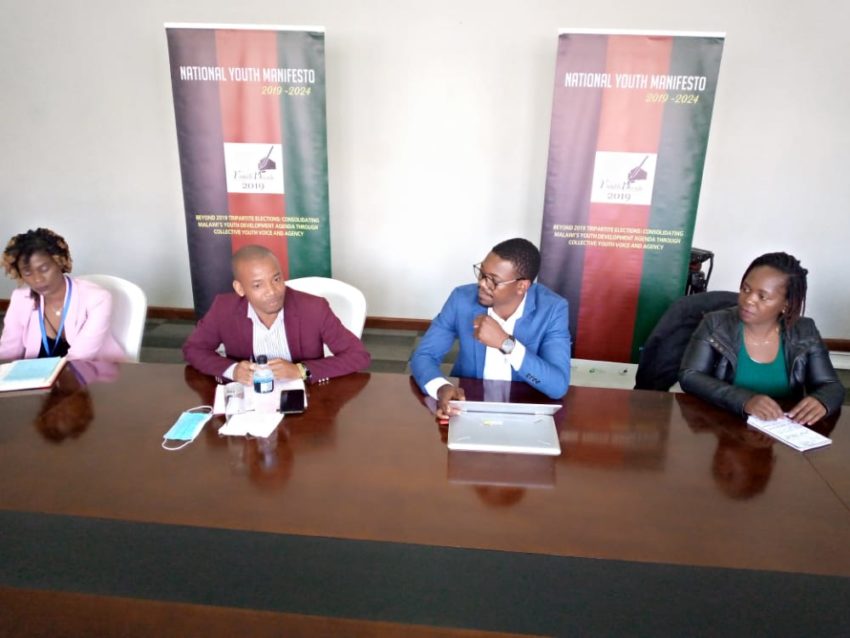 In a bid to demand efficiency and youth participation in various institutions of the public sector, an umbrella body trading under the banner, Youth Decide Campaign has called on government to avoid employing party loyalists as a way of rewarding them for the roles they played during presidential campaign.

Speaking during the press briefing in Mzuzu the Civil Society leaders said government should meaningfully engage the youths on matters of national importance if they are to be significantly empowered.

In an interview after the briefing member of Youth Decide Campaign who is also the National Director for Young Politicians Union, Clement Makuwa said it is imperative for government to take advantage of demographic dividends which the youth constitute in national development endeavours.

“There is confusion on issues of youth employment so we need to sit down and make an analysis and see whether some programs have really assisted youths of the country, be it the Medef loan facility,” Makuwa said.

During presentations Youth and Society (YAS) Executive Director, Charles Kajoloweka emphasised on the need for a clean up of the whole public service and Fast track the public reforms so as to replace the National Youth Council of Malawi (NYCOM) and replace it with the National Youth Commission.

Youth Decide Campaign has also urged government not to rush in the disbursement of new Medef loan facility before taking an account on the previous loan facility which was disbersed during the Democratic Progressive Party era prior to the presidential election.

However, the youth leaders expressed hope that their concerns will be addressed by the current country leadership considering that both the president and his vice (Chakwera and Chilima) signed for an endorsement of the national youth manifesto.

Among others the national youth manifesto calls for the 10 percent inclusion of youths in the cabinet and parastatal boards apart from the initiatives that will create 500 000 jobs which can significantly reduce unemployment among many youths in the country.