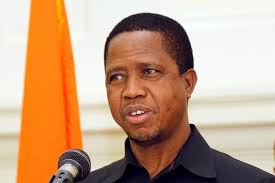 By Our Zambian reporter

As Steven Nyirenda cries as he exposes Mr. Hichilema’s self centred politics! The lamentations of Steven Nyirenda, the proprietor of Muvi TV on Diamond TV last night, while crying requires deep reflection from media owners and all of us.

We have said it all but now hearing it from the man himself, makes it very painful. Steven Nyirenda yesterday disclosed everything that goes on in these media houses and exactly everything we have feared and we had been wondering about Muvi TV prior to the 2016 General Elections.

Steven Nyirenda disclosed how he was used and ditched by Mr. Hichilema, as he answered straight forward questions from Frank. How many of you remember how we struggled very much to digest the reporting, analysis, opinion polls of Muvi TV?.

Mr. Hichilema had won the elections by 200% on Muvi TV. What you eat at night comes out in the vomit during the day. Last night the owner of Muvi TV himself said it all.He further clearly said he had problems in controlling his Journalists because of Mr. Hichilema, as he (Mr. Hichilema) was busy confusing them with big money, to write, broadcast and analyse news in his favour.

He said Mr. Hichilema was busy pumping money in journalists’ pockets and these journalists had to sneak in news articles that would suit Mr. Hichilema.As if that was not enough, Steven Nyirenda, further disclosed that he repeatedly warned Gerald Shawa, that Mr. Hichilema was just using him and would ditch him and he has already ditched him as I write.

He disclosed that Mr. Hichilema has a tendency of using Media Houses and ditching them once he successfully puts them in problems with government.It was very saddening to listen to Steven Nyirenda yesterday as he genuinely wept.

He confessed of having been used and left confused with no choice but to join politics just like Fred M’membe. Gerald Shawa has already been heard complaining that Mr. Hichilema has ditched him. The question that remains is who is really to blame for the closure of Prime TV, is it Gerald Shawa or the IBA? Media Houses must remain professional.