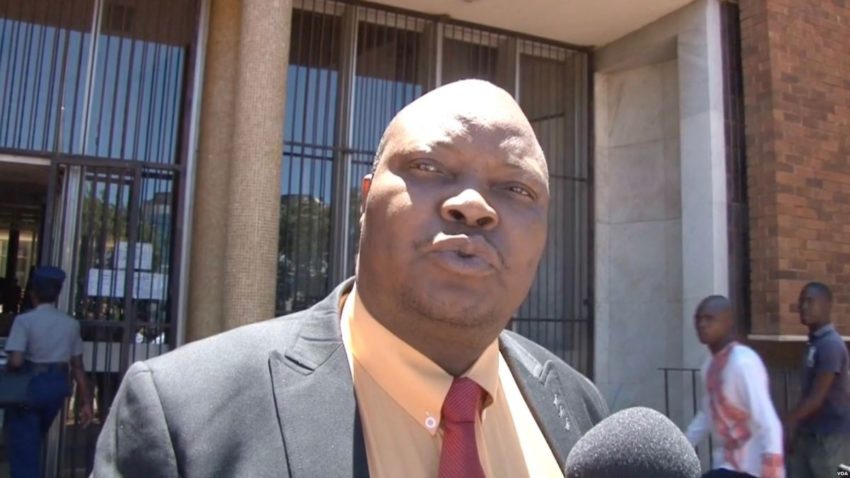 As you have noticed after the 31st of July, instead of the regime attending to the issues raised by the Zimbabwean citizens they went into the default mode and escalated human rights abuses all over the place. Our people are being beaten, tortured, arrested for no apparent reason. This can not be allowed to continue.

On Saturday night residents of Dzivarasekwa were beaten door to door by people in military uniforms. The same thing happened in St. Mary’s around Chigovanyika area where citizens at night were indiscriminately beaten in their homes for no explanation.

Yesterday they were beating people door to door around the place where my house is called kuMapositori. In Zvishavane, the same happened, so was in Mucheke Masvingo and reports we are getting from Bulawayo, Gweru and Kwekwe are so sad.

I think you have all seen the pictures of Tawanda Mucheiwa a 22 year old nephew to journalist Mduduzi Mathuthu. The 2nd year university student was severely tortured after having been taken to different places, where at one time was driven for a period of 4 hours to an unknown destination where he was taken to a farm which had military trucks parked on it.

Last night Hon Settlement Chikwinya escaped attempted abduction on his person by 7 trucks loaded with state security agencies. We can not accept this situation. No one is safe. If not careful we will all perish. It is now time to speak to the world.

From tomorrow Monday the 3rd of August, we urge all of you to have an opportunity to stock food.

This is called upon because we need to speak more loudly for the entire week starting Monday the 10th of August to the 15th. That will be the week of action. This time it won’t be a one day event. It will be a week of expression against corruption and looting.

This time we are also speaking against gross human rights abuses against us. We will say no to corruption and no to looting. No to abductions. No to violence against the people of Zimbabwe by the state. These are going to be our 4 agenda items for our action. Why are you bringing violence against the people? People are peaceful in their homes and you raid them at night and beat them.

Dear Zimbabweans, we need to stop it. This has gone against all tenants of civilization and human dignity.

We are tired of being abused in our own country.
10th to the 15th we shall Speak.

Speak Zimbabwe Speak
No to Corruption and Looting
No to Abductions, Torture and Violence against citizens.