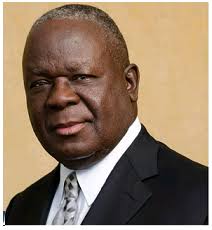 Parliament has passed the K2.2 trillion 2020-21 national budget
with minor amendments to some votes.

The passing of the budget means Parliament has allowed the Tonse
Alliance government to spend on social services and development
projects. Before the budget was passed, members of Parliament took
government to task to justify some allocations and praying for
increased funding for some Ministries, Departments and Agencies.
The recurrent expenses are projected at K1.679 trillion comprising
K523.7billion for Wages and Salaries; K376.0 billion for
InterestPayments; K308.9 billion for Goods and Services; K266.0
billionfor Social Benefits; and K97.4 billion for Subvented Organi
sations.

Development expenditure is projected
at K511.2 billion, consisting of K100.9 billion for domesticallyfin
anced projects and K410.3 billion for foreign-financedprojects.
The budget has a fiscal deficit of K754.8 billion, which is expected to
be financed by foreign borrowing amounting to K224.8 billion and
K530.1 billion from domestic borrowin