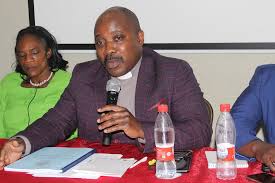 Religious Network for Choice (RNC) a grouping that promotes freedoms and human rights in the country has come out in the open and put it’s weight in support of the proposed Termination of Pregnancy Bill which has risen a hot debate.

Addressing the media during a press briefing organized by Centre for Solutions (CSJ) Journalism in Blantyre on Tuesday, the Network’s general Secretary, Reverend Cliff Nyekenyeka challenged government to exercise it’s obligation of protecting lives of women and girls.

Nyekenyeka expressed disappointment with some religious leaders and other stakeholders who who are against the enactment of the bill and yet they were part of the consultations on the Bill and endorsed the recommendations.

“It is sad to note that some religious leaders who are in forefront demonizing this Bill were part of the extensive consultations on the Bill and recommendations of the Special Law Commission on Review of the Abortion Law,” he said.

He then called on members of parliament to pass the Bill when it is tabled in the house .

Member of the Coalition to the Prevention of Unsafe Abortion, Winnie Botha called on all those opposing the proposed Bill to read and understand it properly before making conclusions that will only lead to the loss of lives for girls and women through unsafe abortions.

“Whether they are in support of it or not, abortions are happening out there where less privileged women and girls are forced to procure unsafe abortions because they cannot receive the assistance they need in public hospitals, hence many lives lost in the process,” Botha said.

According to the Kate’s statistics CSJ provided shows that at least seven women are treated daily at Queen Elizabeth Central Hospital for complications emanating from unsafe abortions.

According to the findings of a Strategic Assessment of Unsafe Abortions in Malawi of 2009, despite restrictive laws on abortion, over 141 000 women induce abortions every year.