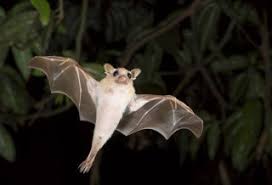 Following the coronavirus outbreak, Malawi has banned the sale and consumption of bushmeat.

The Department of Parks and Wildlife (DNPW) revealed the decision yesterday. It follows the outbreak of coronavirus in China, and the subsequent pandemic that is currently sweeping the globe. Experts believe the novel coronavirus originated in a live animal market in Wuhan.

Bushmeat could also lead to the outbreak of disease.

People hunt and eat fruit bats (thought to host the Ebola virus), along with other wild animals like monkeys, rats, and snakes, in a number of African countries as a cheap source of protein.

Cooking thoroughly should kill pathogens, but hunters, preparers, and those who consume undercooked bushmeat are thought to be at risk of contracting and spreading zoonotic diseases (a disease that crosses from animals to humans).

Per the Nyasa Times, Bright Kumchedwa, the director of the DNPW, wants people to understand how dangerous consuming wild animals can be.

He said at a panel discussion for the Wildlife Trust in Lilongwe: “the consumption of bushmeat carries significant health risks. We want to ensure that the public at large is well informed of these dangers.” He added that poaching is not a “soft wildlife crime,” but a serious offense.

The government previously banned bushmeat in the southern region of Malawi, following an outbreak of anthrax. The serious infectious disease, found in soil, affects domestic and wild animals.

In Ghana—where it’s estimated that people eat around 128,000 fruit bats every year—campaigners are encouraging people to stop eating bushmeat. Campaigns are also underway in Sierra Lione, Cameroon, and Nigeria.

The Threat To Wildlife

Bushmeat isn’t just harmful to humans. National Geographic reports that bushmeat hunting is “one of the most immediate threats to African wildlife.”

The Pan African Security Alliance (PASA), the largest association of wildlife centers in Africa, agrees. It notes that in West Africa and the Congo Basin, bushmeat is the leading threat to great apes and monkeys. In the Congo Basin, six million tonnes of bushmeat is taken from the forests every year.

“Part of the problem lies with expanding human populations and thus an increase in demand for food,” PASA explains on its website.

ADVERTISEMENT – ABOUT THIS AD – REPORT THIS AD

1 thought on “Bushmeat Banned in Malawi”