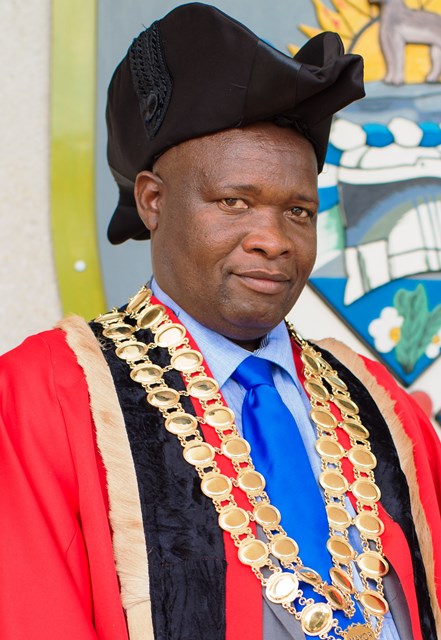 Throughout history, the city councils are considered as the source essential services that its residents, who are also tax, fees and city rates payers need.

Such services are supposed to be environmental friendly, high quality, efficient and effective. These demand driven municipal services in partnership with the individual and corporate residents to attain better quality lives for all residents and business persons in the City.

But do the city or municipal councils in Malawi implement that?

According to most people plying trade in various markets of Blantyre, Blantyre City Council (BCC) does not provide municipal services in an effective way and topping the rank of essential services that are not being provides, is sanitary environment-including lack of toilets in markets and other vital public establishments.

The vendors have stories to tell and they do not beat about the bush, but bashes the BCC.

A tomato business lady in Limbe markert, Tiyanjane Njolomasays BCC is failing to deliver as sanitation remains a problem, the central business district is becoming populated and she wondered as in to why there are few sanitary facilities.

“Of course I do my part by cleaning where I do business since I cannot display my tomato when the place is dirty, but what surprises me is that they collect the market fee from us, the services have to be provided for and they have to be functional,” says the disgusted Tiyanjane.

Tiyanjane laments that she does business just close to a place where people urinate and of course, there is a pile of garbage beside it. This simply implies that there is a need for enough toilets and dumping sites to match the growing numbers of people doing business in Limbe market.

“Literally, I am not impressed with the conditions of hygiene in this market, again management of waste, we end up dumping waste everywhere for example in the river,” she says

In this context, Tiyanjane joins over 600 million urbanities who have problems in accessing to sanitation services including portable water and safe waste disposal. According to World Health Organization (WHO) 2011 report, Poor sanitation is one of the most accurate indicators of urban poverty and health problems. The number of people without access to these services is still increasing, despite general improvements in urban sanitation programs.

But still more there are challenge of sanitation intervention to keep up with the growing population.  Currently, the rate at which sanitation programs are being introduced to markets and townships is far lower than the rate of overall population growth, resulting in more underserved people, despite these attempts to increase coverage, the population growth results in overcrowding, exacerbating sanitation issues.

Center for Community Organization and Development (CCODE) disclosed that the lack of proper sanitation and hygiene is considered one of the greatest barriers to global development. Malawi is all too familiar with far- reaching consequences and diarrheal disease is currently the fifth cause of death.

Malawi’s sanitation crisis is perhaps most evident in the nation’s capital city of Lilongwe and the industrial center of Blantyre. A combination of factors including a lack of a sewage treatment system, poor access to water and a lack of space result in complex sanitation challenge for the cities slums.

The number of people without access to these services is still increasing, despite general improvements in urban sanitation programs.

Some business persons interviewed in zingwangwa, Manaseincluding Limbe disclosed that the city collects market fee and allocates them in roads where sometimes vehicles steps on their goods but they refuse to pay.

According to the business persons they prefer if the council allocates them in better places or restrict them from displaying their goods in those places saying they continue trading in those places because the council continues to collect the market fee that gives them courage and in unbelievable circumstances garbage bin overflows into our trading places.

The predicament does not spare Doris Chinunga in Kanjeza and Blessings Mbewe in Old Naperi where the city council and delays to collects garbage bins from the residential areas to the dumping site.

“We are facing a worst problem where by the city delays to collect garbage bins and when they are left outside the gates dogs come to fetch for left overs and they end up throwing the garbage around the place and in our absentia children play around with the waste there by posing a huge threat to lives,

“Years back they were consistent in collecting garbage on the allocated days and in good time, they even introduced a toll free line where by the services where effective and efficient, yet we still pay city rates that money must help them to improve the services,”

National coordinator for the National Association of Small Medium Enterprises (NASME) William Mwale said indeed the BCC is failing to deliver their services because business persons pays market fees every day and it is their job to budget and make sure that there is hygiene in markets.

“It is the responsibility of the city council to make sure that there is sanitation in markets, there first priority should cleanliness, I remember some time back Blantyre market was cleanest city in central Africa and Blantyre central district was rated as the first cleanliness town, all this happened because of BCC.

“It is our plea to all city councils that they must prioritize sanitation, I have observed that there is poor hygiene in all councils yet they collect market fees, if they are failing they should lend some companies who will deliver or employ some companies like what hotels and banks does,” he said.

Indigenous Business Association of Malawi (IBAM) says they visit the markets in to see if people are following measures of preventing the spread of Covid-19 but they have observed that there is poor sanitation in several market because of increase in population.

“In a place where there are a lot of people, there is always a struggle for access to sanitary facilities and the only way to arrest poor sanitation is the provision of adequate facilities and regulations as well, the market fees must be used properly. Despite the councils we are also advising market users to take care of the places where they display their goods in order to protect themselves suffering from waterborne diseases,” he said.

Health Expert Dorothy Ngoma said the council is posing a threat to market users as poor sanitation is linked to transmission of water borne diseases.

“The council is posing a huge threat to the lives of market users and mostly during this time of the Covid-19 pandemic and this problem needs to be addressed properly and energetically otherwise sooner or later, we will have a major outbreak of water borne diseases like cholera, diarrhea, typhoid and dysentery,” Ngoma said.

So what is being done about it?

Public Relations Manager for BCC Anthony Kasunda dismisses the allegations saying they have people who collect garbage in market places and residential areas.

“We have people who collects garbage every day in market places and specific days in the residential areas and we have not received any complaints so far from residential areas claiming that garbage bins have not been collected,” he said.

Kasunda however appealed to market users to also take fully responsibility of the places where they display their goods.