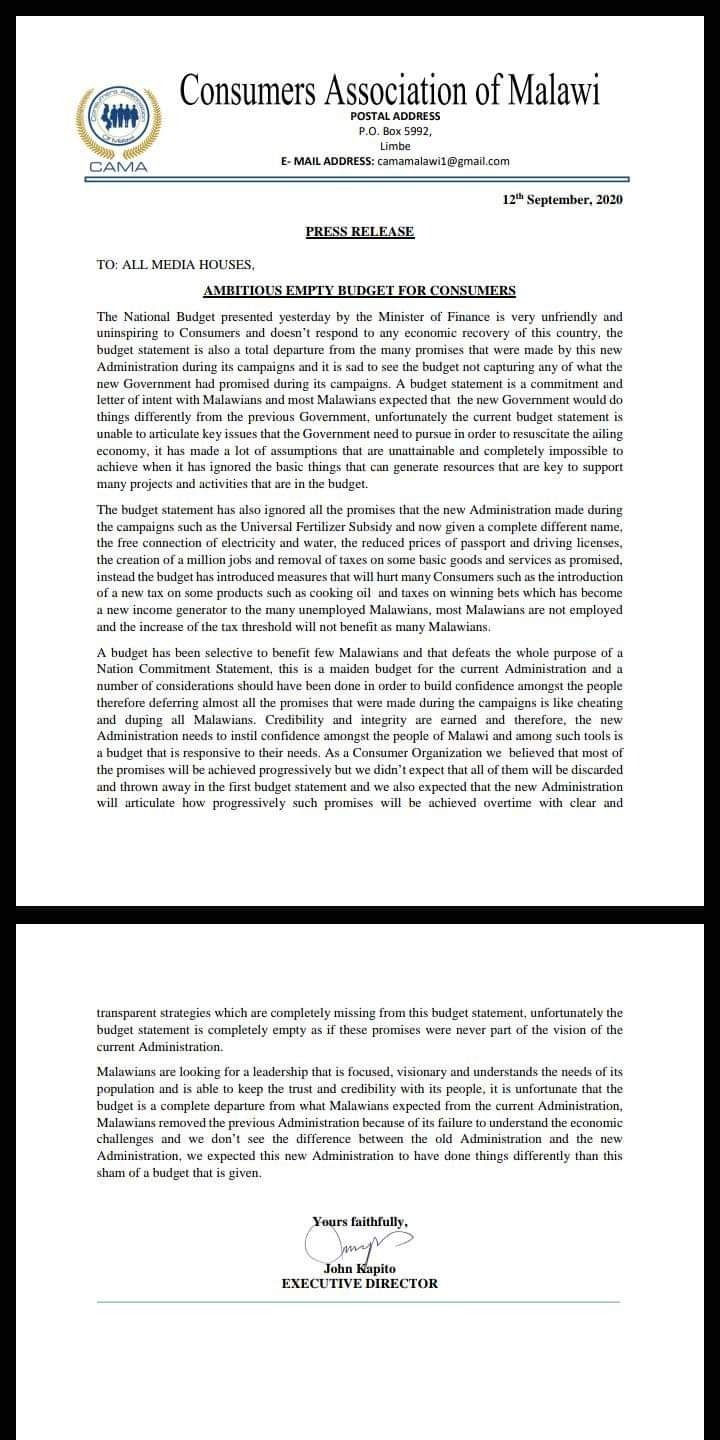 Consumers Association of Malawi is disappointed with the National Budget presented by minister of finance on Friday.

In it’s concerns CAMA says the budget is unfriendly and uninspiring to the consumers.

Meanwhile, the Association (CAMA) has written to all media houses about it’s disappointment with the national budget and has branded it as AMBITIOUS EMPTY BUDGET TO THE CONSUMERS.

In a two paged document signed for by the Association’s Executive Director, Davis Kapito has no any kind word for the framers of the budget which it says has no any reflection of the poor citizens of the country.

And in the picture here below is a letter addressed to all media houses in the country.