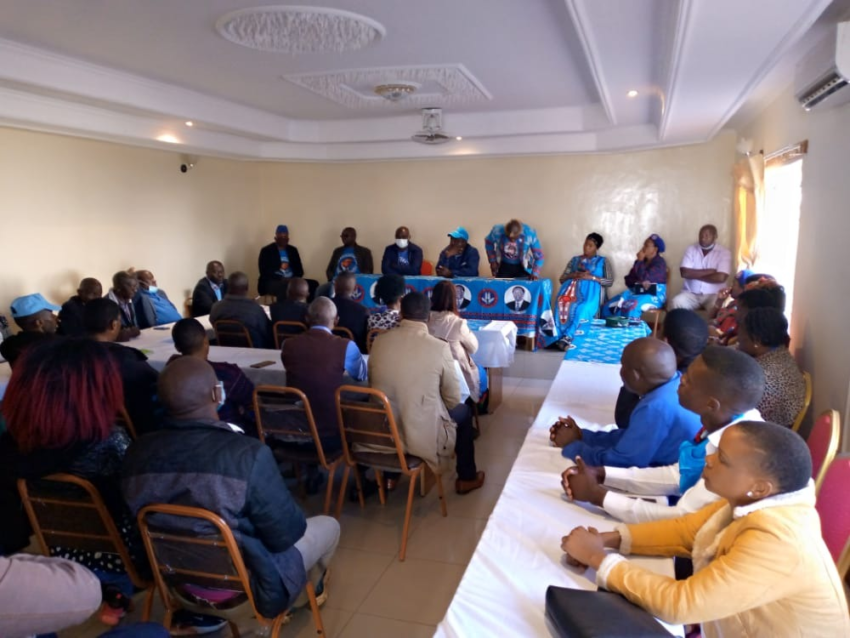 On Sunday, selected party officials from the northern region converged in Mzuzu to evaluate on some of the reasons that forced people to hate the party and subsequently lose the election.

However, speaking in an interview after the meeting the party’s Regional Governor for the North, Christopher Mzomera Ngwira quashed assertions that the party should call for an immediate convention to replace its president Peter Mutharika who is pondering life outside politics.

“To say that we should replace Peter Mutharika just because we fared badly with him as our torch bearer in the Fresh Presidential Election then that is doing injustice to him, and after all what transpired in today’s meeting centred on what we failed as a region,” Ngwira said.

However, Ngwira further said the party will revisit the performance of the party leadership starting from the area committees to the presidency which will provide an opportune time for those aspiring to lead the party to express their interest.

“The issue of having leaders at various levels will be looked into but at National Governing Council (NGC)level, after all I don’t think president, Mutharika can change his earlier decision to think of bouncing back to contest in the 2024 election,” he said.

In a separate interview, one of the country’s reknown Civil Society Organization, social and economic analyst, Pastor Moffart Phiri advised DPP to consider having a leader in place now who will steer it towards 2024.

“I thought they should first sit down and take a stock of why their alliance with United Democratic Front (UDF) did not meet it’s intended purpose,
Secondly, i should assume that Peter had already picked Atupele Muluzi at the same time it is too early, it only shows desperation for power. But, it also makes sense because there is a saying ‘kugona pakati ndikuyambilira’ …..,’ Phiri said.

Mzomera Ngwira and his regional team are expected to visit all the party structures in the whole region where some vaccant positions left by those who defected to other parties will be filled apart from soliciting views of the membership on how the party should rebrand and move forward.