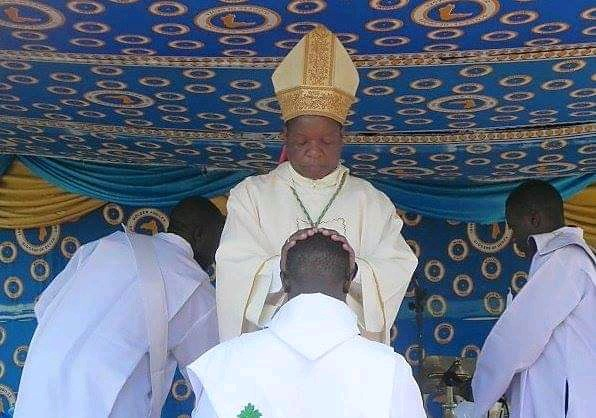 The Episcopal Conference of Malawi (ECM) has made an observation that media Practitioners in the country are busy advancing political propaganda and fake news over socioeconomic issues.

Speaking at Luntha Television in Lilongwe during the Eucharist Mass to to mark this year’s Communication Sunday, ECM chairperson for Social Communication and Research Commission, Bishop Montfort Stima said journalists have disembarked on the noble course because they are looking for descent life.

Stima then urged Catholic Journalists to rise above monetary gains in order to complement government efforts in exposing socioeconomic deficiencies emanating from fraud.

It is a custom in the Catholic faith that every Sunday before Pentecost, the church celebrates the achievements of the Communication media and focus on how it can best use them to promote gospel values.

He further said, the church is very aware that some crooked politicians and business people are bribing journalists to avoid being exposed to the public.

“Let me make it clear that that through this profession (journalism) God called you to serve him through proclamation of his Gospel, so I urge you to resist temptations from crooked politicians and businesspeople to suffocate the truth or the wrath of the law,” Stima emphasized.

In his remarks, Chairperson of the Association of Catholic Journalists in the Central Region, Sam Kalimba thanked ECM for the continued professional and moral support the church provides to the media practitioners who belong to the church.

Communication Sunday offers Catholic journalists an opportune time to reflect on their profession and ensure they stick to their ethics at all the times.