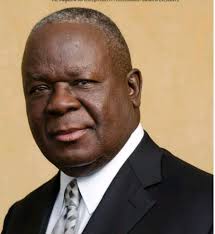 Madam Speaker, I beg to move that the House authorizes the Minister of Finance to withdraw an amount not exceeding Seven Hundred Twenty Two Billion, Four Hundred and One Million, Nine Hundred Ten Thousand, Seven Hundred and Eighty Kwacha (K722,401,910,780) from the Consolidated Fund to enable the Government to deliver services for a period of four months, from 1st July, 2020 to 31st October, 2020 or until the Appropriation Act, 2020 comes into force, whichever is earlier. This Madam Speaker, is consistent with Section 178 of the Constitution of the Republic of Malawi, and this amount of money will be part of the 2020/2021 Financial Year Budget.

Madam Speaker, as Honourable Members are aware, that Malawi conducted Fresh Presidential Elections on 23rd June, 2020 which has ushered in a new Government of His Excellency, the State President, Dr. Lazarus McCarthy Chakwera. It is therefore, not possible to formulate and bring to this August House a full budget, that incorporates the aspirations that were promised to Malawians, before the start of the new financial year on 1st July, 2020. Madam Speaker, it has therefore become necessary that I move a Motion on financial resolution to have a Provisional Budget.

Madam Speaker and Honourable Members, in my submission, I will not make an elaborate statement of the Provisional Budget since it is presented as a Motion. Madam Speaker the Budget Statement and the detailed budget will be presented when Parliament discusses the full national budget. As I earlier indicated, the Provisional Budget figures will also form part of the 2020/2021 national budget.

Madam Speaker, the following are the underlying assumptions for the Provisional Budget:
Inflation is expected to average 9.4% during the
period under review;
Exchange rate is expected to average MK750 to One US Dollar;
A policy rate to remain constant at 13.5%;
Only ongoing projects will be provided for in the Provisional Budget while the provisions for new projects will be made in the main budget;
Allocation to cater for affordable fertilizer and seed has been made; and
All contractual obligations which fall due within the four months under consideration have been provided for.

Madam Speaker, the Provisional Budget has total revenue and grants amounting to K459.1 billion of which K407.3 billion is domestic revenues and K51.9 billion are grants. Total expenditure and net lending amounts to K722.4 billion for the period of four months. The major highlights in the Provisional Budget are as follows:

Wages and Salaries
Madam Speaker, Wages and Salaries are projected at K166.7 billion, representing 36.6% of the 2019/2020 financial year’s approved Personal Emoluments figure of K456.0 billion. The projection has been based on Government Ministries, Departments and Agencies (MDAs) actual expenditure on wages and salaries. In addition, the estimate has taken into consideration the recent recruitment of health personnel.

Policy Measures
Madam Speaker, in fulfillment of the campaign promises, the Government of His Excellency, the State President, Dr. Lazarus McC…