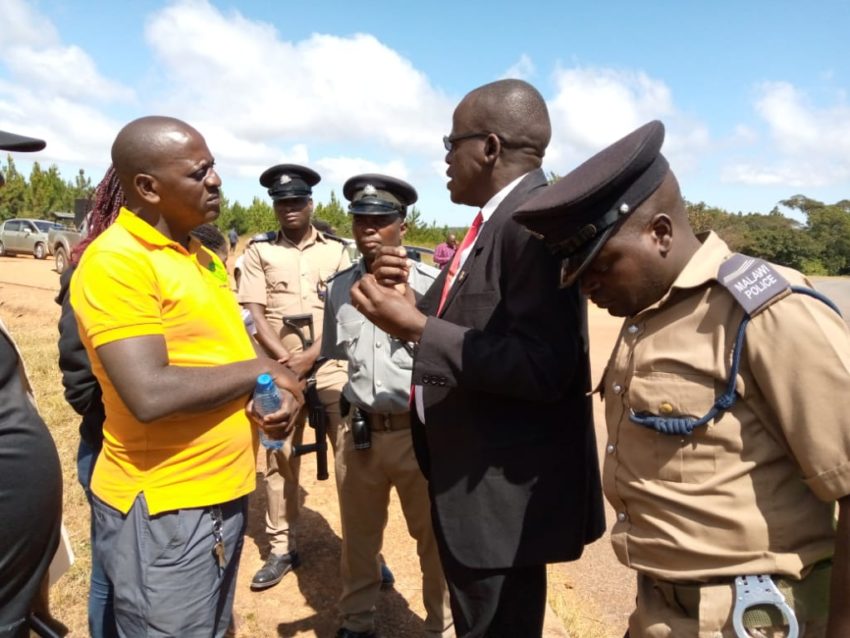 Government has failed to settle disputes surrounding the concessions granted to those companies and individuals harvesting trees in the Vipsya Plantation also known as the Chikangawa Forest Reserve in Mzimba and Nkhatabay Districts.

Members of the Reformed Timber Millers Association are holding vigils at the plantation which has paralyzed operations of some companies such as Raiply Malawi Limited who are the principal beneficiaries of the Plantation.
On Friday the Forestry Deputy Director visited Chikangawa Forest Reserve Office but refused to engage in talks with leaders of the Reformed Timber Millers saying he only went there only to appreciate what was going on.
Speaking in an interview after a meeting with security officials from the Malawi Defence Force (MDF) and Malawi Police led by Operations Commander in the army, Brigadier Dumisani Mkaliyayinga, the union leader Paul Nthambazale expressed sadness with the failure by the government to settle the long outstanding wrangle.
“It is very sad that the whole Deputy Director of Forestry Department could travel all the way from the capital city, Lilongwe and refuse to meet us, when the Commander of Operations in the MDF was here and he listened to our grievances in this whole saga,” Nthambazale said
He further said that his union will continue with the vigils and continue blocking anyone from accessing timber from the forest which he said were planted by their grandparents.

“If we travel outside the country you cannot find any foreigner plundering resources in a manner these people are doing with our trees planted by our grandparents, it’s a pity because corruption is what is destroying our country like this,” he said.

In a separate interview, the Public Relations Officer (PRO) for Raiply Malawi Limited, Dalitso Chimwala bemoaned the blockage union leaders of the Reformed Timber Millers have instituted at entry points of the forest saying that is greatly affecting the operations of the company.

“Our operations have really been affected, as you are aware we have a very huge workforce comprising of casual and permanent workers, also not forgetting other companies we sub-contracted, they all risk losing their jobs if the situation remains unchecked,” Chimwala said.

A few years ago, misunderstandings surrounding the same Vipsya Plantation led to the destruction of thousands of trees following the harmful bush fire which some irate people were setting on the Africa’s greatest man-made forest.