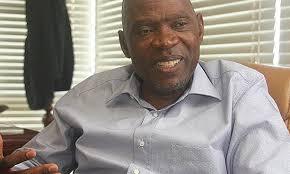 The CEO for KHATO Mr Mongezi Mnyani said that an arrest of a man of Mr. Phiri’s stature would obviously be carried by South Africa’s main stream and International media and in any case, such was the case, the information would be public and would be independently verifiable through the South African court systems. I want to put on record that Mr. Phiri
has not been arrested nor has he ever been questioned by any law enforcement agencies here in South Africa.

We are convinced that the fabrications are emanating from unprofessional
conduct by some rogue elements within Malawi who are hell bent on tarnishing our good image and reputation of Mr. Simbi Phiri. Such statements that are directed to Khato Civils and Mr. Phiri are misleading and devoid of the truth and once more shows that there are individuals who have ulterior-motives to scandalize and bring Khato Civils name into disrepute.

It’s a known fact that there are key leading politicians and officials within Malawi who for some reason don’t like Khato Civils and they will do everything possible to discredit us.
We urge the owners of the media houses to immediately remove such malicious allegations from their media platforms, failing which we will take legal action against these institutions and individuals. We therefore urge the public to look at this false and malicious story for what it is.