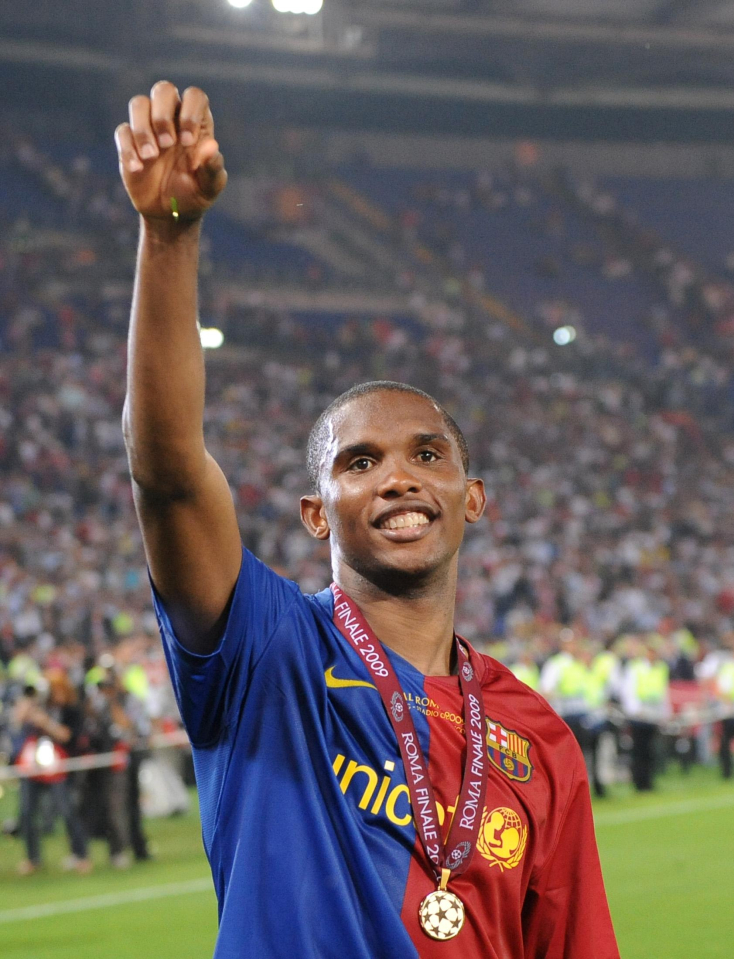 Samuel Eto’o leads the list of the richest footballers to have emerged on the continent of Africa with a staggering net worth of R2.57 billion.

The former Cameroon prolific forward has earned legendary status not only within Africa but in Europe too due to his exploits that started in 1996 when he left Doula for a dream move to Real Madrid.
However, his legendary status was created with the fierce rivals, Barcelona where he won eight major titles before adding a historic treble at Internationale.
Overall, Eto’o won 18 major titles over his career before hanging his boots in 2019.
Now an ambassador for various bands and an advisor to the Confederation of African Football president, Ahmed Ahmed, the former Cameroon international is building his empire with the wealth created from his unparalleled football success.
As the most decorated and richest footballer on the continent, Eto’o is yet to be matched in net worth with other top African footballers such as Sadio Mane and Mohammed Sala who are yet to clock $50 million mark despite being amongst the highest paid in the world.
Veteran coach, Jose Mourinho who coached him at Milan and Chelsea in England is also of the view that Eto’o should have won Ballon d’Or at least once in his illustrious career having described him as the best strike in the world for a long time.
“It is difficult to understand how Samuel Eto’o never won the Ballon d’Or with the impressive career he had,” Mourinho said
When retiring from football last year while at Inter Millan, Eto’o posted on his social media platform that “ The end towards a new challenge, Thank you all, big love,”