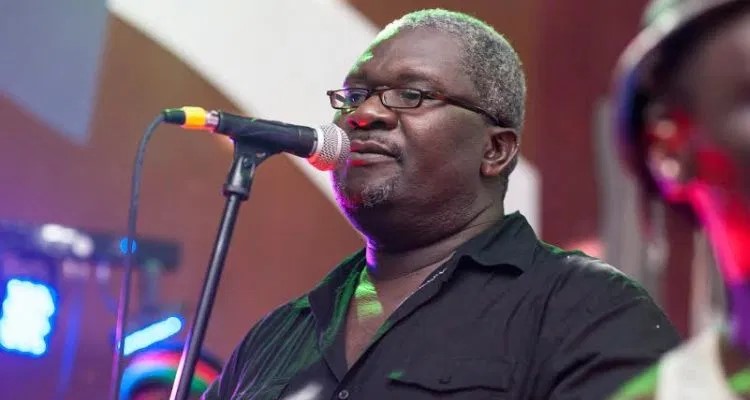 1. SIR LUCIUS BANDA- The big boss of Malawi Music, the King, the greatest ever Malawian musician by far. He has produced many music albums than any Malawian musician and they all have been very hot. However, despite being too political at times, his legacy lives on.

2. EVISON MATAFALE – If he was still around for another 5-20 years, Lucius Banda wouldn’t have matched him. He was by far the most talented Musician Malawi ever had. It took time for others to identify him as being Malawi. He sounded Jamaican, and unfortunately death robbed Malawians of an opportunity to witness the would be greatest musician in Africa.

3. GRACE CHINGA – Despite not having a good platform and sponsorship, Grace was inarguably the most talented gospel artist in Malawi history. Her song composition was way beyond the reach of others. Her legacy can best be traced way back in her live shows. She was a crowd puller and the greatest live show gospel entertainer in Malawi history. All singles in her albums were uniquely hot.

4. THE BLACK MISSIONARIES- Despite the death of their father in Music, EvisonMatafale, the Blacks have managed to survive the test of time and have always lived up to the people’s expectations. They are probably the greatest band in Malawi ever. Well composed and calculated.

5. BILLY KAUNDA- He rose to fame during the Muluzi era after the famous “A Galatiya”. Billy Kaunda is considered to be one of those musicians that changed the face of Malawi music.

6. ETHEL KAMWENDO BANDA – History cannot erase this woman from being the greatest female artist alongside Grace Chinga. She has helped revived the souls of many through her gospel music. She has survived the test of times and has always been on top.

7. MLAKA MALIRO – He is indisputably one of the best musicians in Malawi. His music entertained the audience in early and mid 2000’s.

8. SIR PAUL BANDA – Considered to be the architect behind the Allelluah and Zembani Bands, Sir Paul Banda’s music can best be traced way back in 80’s and this generation only have a rare glimpse of it. But he has generally contributed to the development of music industry in Malawi. Others consider him as way above Lucius Banda but that’s only on purpose of politeness and honour, and not necessarily on actual performance and contribution as Lucius Banda has no match when it comes to both performance and contribution in the history of music industry in Malawi.

9. WAMBALI MKANDAWIRE – He had a unique style that outclassed the rest in his prime time. Probably one of the best instrumentalist in Malawi.However, despite most of his songs being in Tumbuka, most Malawians all over loved and enjoyed seeing him performing. One of his songs has become a theme song for Malawi Elections played instrumentally by a number of radio stations in Malawi including the Zodiak.

10. THE NDIRANDE ANGLICAN CHOIR – These guys were so talented and won a number of medals in their prime time due to their impact on Malawi gospel industry. They are considered as one of the greatest choirs in Malawi history. Their debut “Ndasayina” is what will make it had for people to erase them in history books.

11. SKEFFA CHIMOTO – He sounds very quiet and not talkative but Skeffa’s music has entertained weddings, dinners and most clubs all over Malawi. When it comes to consistency, then Skeffa had no match and that made him unique and considered as one the greatest Malawian artists in history.

12. ALLAN NAMOKO- Looks like history has not been fair to him looking at the time he was on pick as compared to this generation that relies much on technology. Those in his time might argue strongly that he should have been on top 5. His “NZONSE NDI MOYO” song still lives on after him.

13. GIDDES CHALAMANDA – His traditional way of doing it, made him one of the best traditional artists Malawi ever had.

14. JOSEPH MKASA- During his prime time, whenever he wanted to release a single, all stupid politicians could go in hiding as Mkasa had no kind words for such. He is considered to be the great political voice in music, Malawi ever had alongside Lucius Banda.

15. DAN LU- Despite having differences with many on his political affiliation, Dan Lu will still go down in the country’s history as one of the most talented Afro stylish musician in Malawi.

16. CHITHEKA FAMILY – The “MwaziYesu” Chitheka Family has become a national anthem in most churches across Malawi. Their discipline both in and outside music arena is what made them popular and exceptional. Their legacy still lives on.

17. LULU – The time he started music was very hard as compared to this generation where technology has helped beefed up the quality of performance. Fortunate enough, Lulu has survived these hard times to the present day. He is however, considered as one of the pioneers behind the growth of RnB music in Malawi.

18. REV. CHIMWEMWE MHANGO – It’s obvious that the man in white color cannot be missed from the legends’ list. Thanks to his song “ChiutaMuweni” which is still a ring tone in most churches to this present day.

19. LLOYD PHIRI- Leaving him aside might be considered suicidal looking at how much he has contributed in Malawi Gospel Music. He is simply one of the best Malawian Gospel artists ever. Most of his songs are still in play in most of the churches across Malawi.

20. PATIENCE NAMADINGO- He is presently one of the greatest musicians in Malawi alongside Ghetto Youth King Kong, Taygrin, Dan Lu, Lawi, Faith Mussa, Nepman, Kell Kay among others as his style of music appeals to both the Christian and non Christian circles. If he maintains this pace, he will go up the legends ladder list.

21. THOKO KATIMBA- He will still be remembered in history as one most beautiful voice that was hard to separate as being from a woman or man and that alone puts him on list of being one of the most gifted gospel musicians in Malawi.

23. THE GREAT ANGELS CHOIR – Alongside the Ndirande Anglican Voices, these two choirs have sharpened and spearheaded revival in Malawi.

24. GEORGE MKANDAWIRE – Despite being around for a few years, he had a unique voice and very talented. Still considered as one great talented Musician Malawi has ever had.

25. ANNIE MATUMBI – He considered himself not to be a musician but just a “Village Headman” in Malawi music and that alone made him rose to fame with his Nyakwawa stylish along side the late Vic Marley.

26. THE JOSHUA GENERATION BAND – Might not be popular in this generation but those that lived in the 90’s will argue that no band has ever revived Malawi than the Joshua Generation. They are remembered with their popular song “CHISHANGO CHANGA YESU” done in Tonga and that featured the likes of the late Sam Mphande.

27. PAUL CHAPHUKA- Just like Matafale, he did not survive much in music due to premature death. But the few contributions he made still live on to this date. He was talented and changed Malawi music face then. He inspired those that were sick from various sicknesses as most of his songs were centred on appealing for healing.

27. JOE GWALADI – Despite having no physical band or instruments, no promoter, no platform, Gwaladi has survived as a greatest traditional artist and entertainer Malawi will ever had.

28. ELTON KAZEMBE – Am not sure if the 20’s can remember him, but those in his time will argue that the likes of Billy Kaunda, Skeffa and Mlaka would never much him.

29. ANTHONY MAKONDETSA – History will never erase him. He is a genius and remains one of the pillars of Black Missionaries to this present after the death of their founding Father EvisonMatafale.

30. CHARLES MSAKU AND THE ALI KU TOWN SOUNDS- Nsaku was such kind of a rare breed who enjoyed playing his own style. He is indisputably one of the best musicians in Malawi history.

This list has been made after an intensive research on Malawi music and a few interviews with different individuals. This might not 100% suits your perceptions as people always differ in what they like. But that’s how best we can go.

FEEDBACK TO THE MUSIC DISSECTOR ON 0894547123 or voiceofmalawiireland@gmail.com

6 thoughts on “LIST OF TOP 30 MUSIC LEGENDS IN MALAWI”