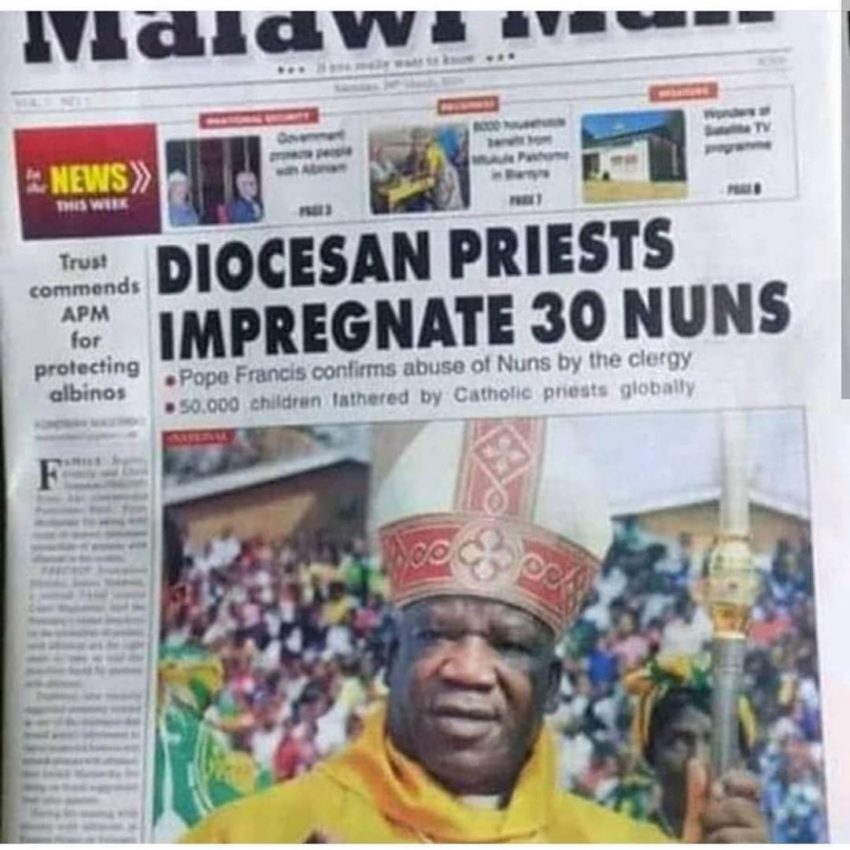 According to an article by the Pulse of Ghana, suggests that one Malawian hot and anointed priest has impregnated over 30 nuns alone.

Pope Francis has confirmed reports for the first time that a particular Malawian Diocesan impregnated 30 nuns.

According to Pope Francis, he revealed that priests and bishops in the Catholic Church had sexually abused nuns and that some priests have been suspended on several occasions.

Specifically, several examples came from Africa, where priests were said to have turned to nuns for sex during the spread of AIDS.

Nuns around the world have suffered sexual abuse by priests, sometimes resulting in pregnancy and abortion, but church leaders have “fail[ed] … to discipline” the clerics involved, the New York Times reports.

According to five reports written by senior members of women’s religious orders and a priest, cases of sexual abuse against nuns have been reported in at least 23 countries.

In one report, Sister Maura O’Donohue, a physician and a member of the Medical Missionaries of Mary, wrote that women were “forced” by priests into sexual liaisons in order to obtain certificates or recommendations needed for work in a diocese.

O’Donohue also recorded cases where nuns were “recommend[ed]” by priests to take contraception, sometimes being told that oral contraceptives would prevent the transmission of HIV.

The report included “disturbing” accounts of nuns impregnated by priests, including one case in Malawi where 29 sisters in one congregation became pregnant by priests in the diocese. Another example explained the case of a nun who became pregnant by a priest and was brought by that priest to a Catholic health institution to undergo an abortion.

After the nun died during the procedure, the priest performed her funeral mass, O’Donohue wrote (Hedges, New York Times, 3/21).

The National Catholic Reporter said that “no comprehensive statistics” exist on the sexual abuse of nuns, but the “frequency and consistency of the reports … point to a problem that needs to be addressed” (AP/Washington Times, 3/21).

While the reports documented incidents of abuse in a number of countries, much of the abuse was linked to Africa and the continent’s AIDS epidemic, the New York Times reports.