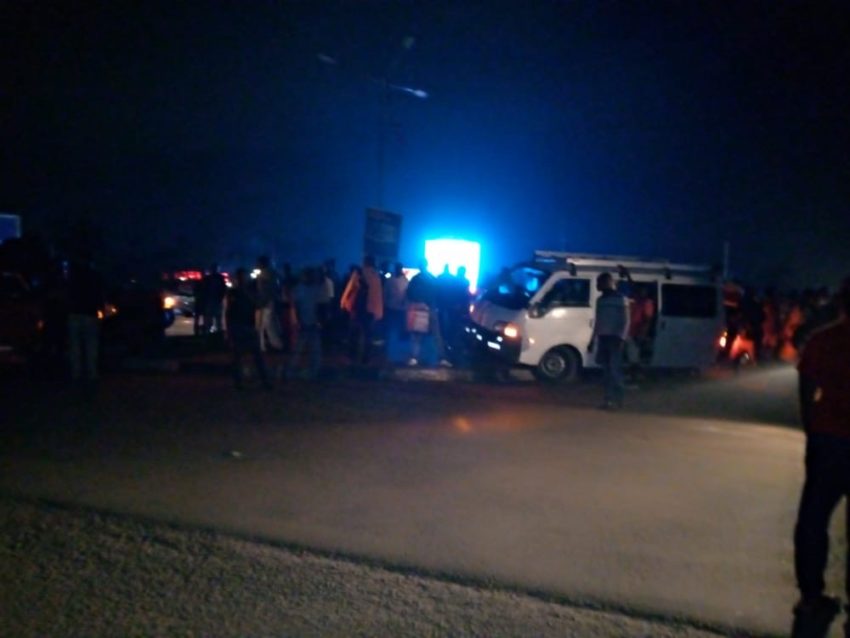 Scores of people took to the street on Thursday night to celebrate the Tonse Alliance’s candidates (Lazarus Chakwera and Saulos Chilima) victory in the Tuesday presidential election.

Scores of people mainly the youth organized street dances in the country’s major towns with the notable gigs held in the cities of Lilongwe, Blantyre, Zomba, Mzuzu and Kasungu.

Some youths cladding in Malawi Congress Party (MCP) and United Transformation Movement (UTM) clothes defied the annual seasonal cold weather which is being experienced in the country at the moment to celebrate the historical moment.

Mzondi Mkandawire is a member of the UTM and he told this publication that Malawians have all the reasons to celebrate the removal of the Democratic Progress Party (DPP) from power considering the record of plundering of public resources it is associated with.

“Enough of the DPP and it’s bedfellow, UDF who have plundered public resources to a point of leaving Malawians as destitute as it is, they were very arrogant and now it is the time we can celebrate together the Renaissance of our democracy,”

Even though, the Malawi Electoral Commission (MEC) has not yet announced the official Presidential results of the election, some media houses including the Malawi Broadcasting Corporation (MBC) have already pitted Tonse Alliance candidate, Lazarus Chakwera to have comfortably outsmarted Peter Mutharika in the race.

Mkandawire also disclosed that the street dances will continue up to the time when president elect and his deputy (Chakwera and Chilima) will take oath of office on Saturday at Malawi Parliament.

And in a another development, former deputy minister in the DPP government, Anna Kachikho has lost her parliamentary seat.

The court has just nullified her election sighting serious fraud that gave her victory on a silver platter.

By the way, Anna Kachikho is said to possess a bachelor’s degree in human resource management, obtained from the Mobile University of Canada.

The day the news of her attainment of this academic achievement was announced, we took to the internet to find the physical address of this university but unfortunately no one was able to find it.

After endless searching, a wise man told us saying: “Guys, can’t you see it is a mobile university? Possibly by the time you look for it in Canada it could have moved to Japan!,”