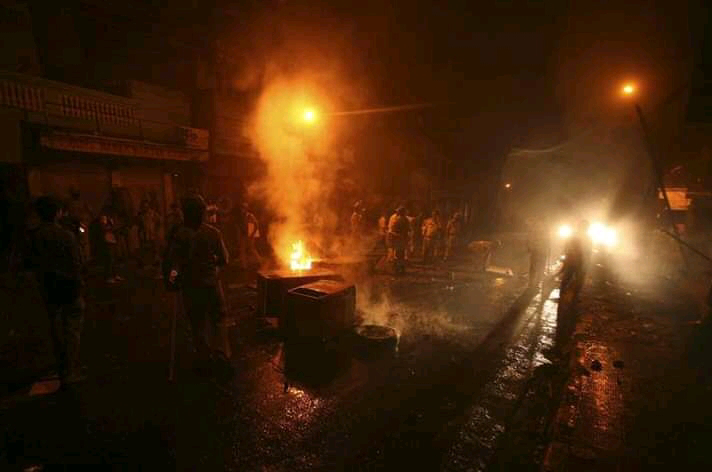 An angry mob of Chavinda Village at Santhe has killed a 20 year old man identified as Shadreck Medson by setting him on fire as a revenge for stabbing to death 48 year old Lackson Banda.

According to Kasungu Police publicist, Inspector Harry Namwaza the incident took place on Monday, at Chavinda village, Traditional Authority Santhe in the district.

Facts are that, Lackson Banda’s brother identified as Matias Ganizani Doctor, 45, married at Maliseni village in area of Chief Dambe in Mchinji but he was staying with his wife at his home village at Chavinda in the area of Traditional Authority Santhe in Kasungu.

“It is alleged that, for a long time Ganizani had been accusing his wife of going out with other men, a thing which brought marital misunderstandings in the family.

After getting tired of his wife’s behaviour, it is alleged that Ganizani summoned his two step sons one being Shadreck Medson (now deceased) to reason with their mother to stop the behaviour of going out with other men.

As they were discussing the matter, it is alleged that Ganizani became furious and started beating his wife in the presence of his two step sons. This angered the two sons who in retaliation also started beating their step father.

Seeing the situation was getting tense, Lackson Banda came to rescue his brother but he was stabbed on the back by Shadreck Medison and later died at Kapiri Health Centre.

Upon seeing that one of their village members had been stabbed to death by Medison, some angry people mobilised themselves and burned him to death as a revenge to the death of Lackson Banda.