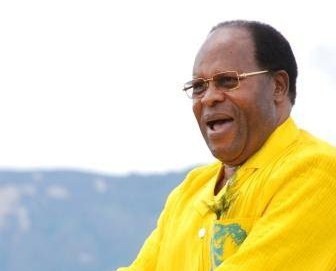 Former President, Bakili is still contemplating to bounce back into active Politics so as to assist the Democratic Progressive Party ( DPP) and United Democratic Front (UDF) alliance presidential candidates in their campaigns.

During his whistle stop campaign trails, Bakili’s son, Atupele who is runningmate to Peter Mutharika told the gatherings that his father will be joining him in his campaign trail when he complete observing the holy month of Ramadan.

Commenting on the issue, on Times radio and television stations, (TTV), Muluzi said just like Joyce Banda he do not see anything wrong to be involved in campaigning for anyone.

“You have seen Madam Joyce Banda campaigning for a candidate of her choice and I also see nothing wrong to do the same with any of the candidates in the forthcoming fresh presidential election,” Muluzi said.

But a political commentator from the University of Livingstonian, Ekwendeni Campus, George Phiri differed with Muluzi saying as some one who completed his full tenure of office as president he could retire fully.

“As some one who has served his whole tenure of office as head of state he could retire fully and only be seen when playing an advisory role, after all Joyce Banda was not elected as president, she only completed someone’s term due to the death of Bingu was Mutharika,” Phiri said.

For no apparent reason, since the Malawi Electoral Commission (MEC) officially launched the presidential election campaign the DPP-UDF presidential candidate, Peter Mutharika has not yet conducted any campaign rally in either the Central or northern region of the country.