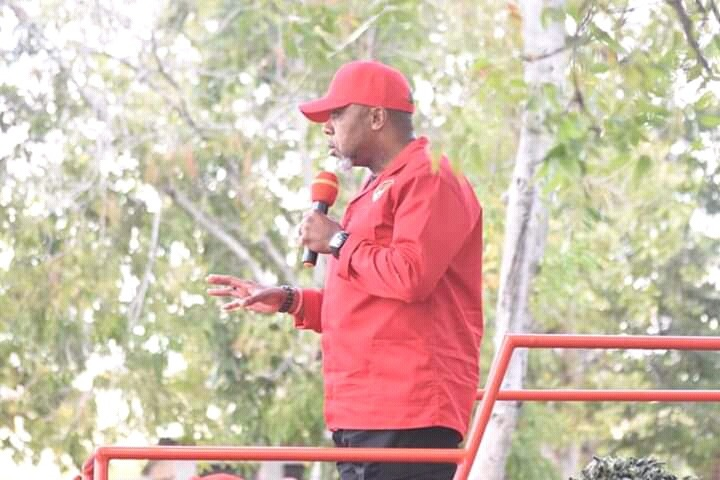 The MCP-UTM presidential running mate in the Fresh Presidential Election (FPE), Saulos Chilima has assured electorates in the country that no matter what, the June 23 presidential election will not be rigged by anyone.

Chilima who is also state vice president said this in Rumphi District on Wednesday during a campaign rally where he emphasized that Tonse Alliance has instituted a team of computer experts in it’s monitoring team.
He then urged a huge gathering that converged at Rumphi Boma to go and cast their votes in large numbers saying that is the only democratic way of putting good leaders in office while at the same time assuring them that their votes will be secured.

“We know that some DPP officials got your national identity card details with the aim of frustrating you from exercising your democratic right to vote, but that should not be the cause for worry, go and vote because your votes will be safe no matter what,” Chilima said.

However, the vice president said on Saturday he will expose the rigging scheme which the DPP operatives are putting in place with the objective of rigging the election.

Meanwhile, the DPP-UDF torch bearer, Peter Mutharika who has embark on a late nationwide campaign trail invaded the central region (Lilongwe) after a three month absence with promises of developing the capital city to the levels of New York in United States of America or London in England.

Speaking at Biwi Triangle on arrival from Blantyre the visibly high spirited Mutharika said he is geared to transform Malawi in the next five years if votes again to govern the country for the second term.

“If you give us another term this country will be transformed, it will be like South Africa, Singapore, London, New York in the USA or Canada,” Mutharika said.

Malawians will on 23rd June 2020 cast their votes in the FPE following the nullification of the 19 May 2019 presidential election by the Constitutional and High Courts in the wake on serious irregulaties due to the failure by the Malawi Electoral Commission to manage the presidential election results.