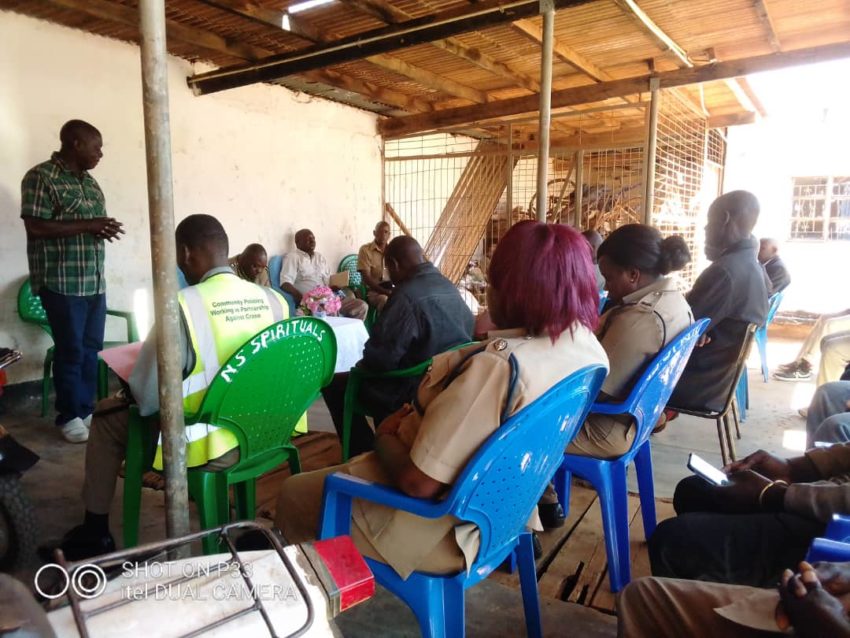 Ntchisi police station and different stakeholders have agreed to fight against crime in the district.

The agreement was made on April 24, 2020 at ntchisi police station after the station organised a station executive committee (SEC) meeting.

Speaking at the function the officer in-charge senior deputy commissioner of police (SDCP) Casiper Chalela said: “As the police we can not work on our own as far as security matters are concerned.”

He added, that for the police to have crime free Ntchisi district they need to join hands with different stake holders.

He then warned the gathering that the issue of blood sucking in Ntchisi district is just a rumour and anyone speculating it will be arrested and taken to court.

Then pleaded with the police to teach bicycle taxi operators known as Kabaza how to operate following road precautions to reduce crime and road accidents in the district.

After station executive committee meeting, the officer in-charge, also held a meeting with members of the business community to map the way forward as far as security issues are concerned.

During the meeting, it was revealed that crime has increased by 5 percent against same time last year.