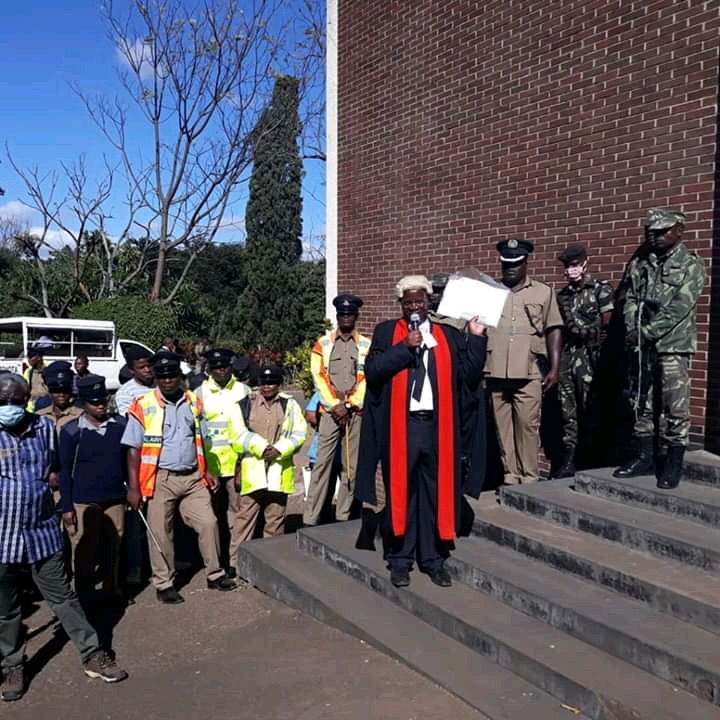 Prof Kamchedzera has his turn to lecture the new Tonse Alliance government in the wake of COVID-19.

When waill most of those who draft laws in Malawi stop making “dog’s law?” That is Bentham’s phrase. You hit the dog or shout at it to make it stop doing something; and you expect it to obey. I have just looked at the Public Health (Corona Virus and COVID-19) (Prevention, Containment and Management)” Rules 2020. They are another example of how to fail to make effective law and erode the authority of the law. Dog’s law proceeds with immediate commands, negating that the law’s key role is to guide behaviour.

With regard to COVID-19, Peter Mutharika resorted to “dog’s law,” declaring a state of disaster and announced restrictions, instructions, and orders, including closing schools instantly. It did not matter to him and those working for him that certain pupils and students were just about to start writing examinations. His Minister of Health invoked “dog’s law”, declaring a lockdown. The people said, “Anha-anha, this is too much; remember we are people too.”

Now, hastily, the drafters of the latest public health rules gazetted on Friday 7 August 2020 thought that the rules must take instant effect in all their respects. These drafters and the Government risk appearing unreasonable to some people, like me. Sloppily, the rules show that the drafters just worked as errand boys to do what certain public health experts said should happen or copied from elsewhere without the effectiveness and authority of the law in mind.

They did not rigorously engage the public health experts we assumed they were working with, in an area where public health science clearly still has to catch up with the virus. They seemed not to know that these were to be a set of rules to bring truth from another discipline into the discipline of the law. By assuming importance without guarding against being slipshod, thye disrespected, like Peter Mutharika and his Minister of Health, popular sovereignty.

Governments and drafters of law must realise that the law needs effectiveness and authority to be real law.

To be effective and have authority, the law depends on its correctness, relevance, and reasonableness in content and manner. When drafters and governments attain excellence in making law, they serve popular sovereignty well.

However, when the content of the law is based on inadequate science or questionable truth, the law’s effectiveness and authority suffer. When people have many questions for clarifications and when they can note ambiguities, absurdities, and other flaws in the thinking, coverage, and reasonableness of the law, you know that the drafters did not know that the law has to maintain its authority to guide effectively.

When the modern trend for effective legislative drafting has moved on to supplement the dog’s law way with other more reasonable approaches, such as reflexive law, it appears that in Malawi, we are trapped to think that a law or rule, should show that we have the power to “rule” as if the addressees of the law are dogs!