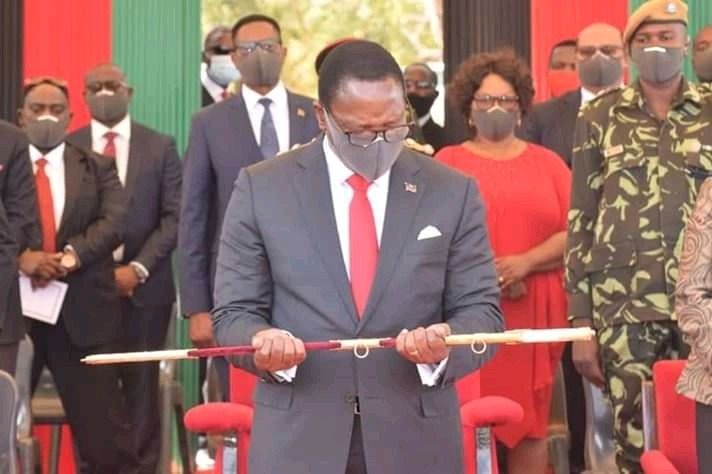 The much popularized ‘Servant Leadership’ agenda championed by the state president, Lazarus Chakwera is said to have lost track following self enrichment reports on the part of parliamentarians and ward councilors who have almost doubled their take home packages when the rest of public workers and citizens in general are still languishing in abject poverty.

Following this development, the Human Rights Defenders Coalition (HRDC) is said to be planning for vigils which will be staged at Parliament when the house reconvenes to Express disappointment with the impunity following what is termed as high level of greed that has resulted into self enrichment on the part of the leviathan (political leaders) who have awarded themselves with hefty salaries.

In an interview, HRDC chairperson for the northern region, Happy Mhango said Malawians cannot continue standing aside and look at parliamentarians taking advantage of their position to inject their proboscises into the public purse to enrich themselves when other public institutions are failing to deliver effectively due to financial problems.
Mhango said the timing to award themselves such hefty salaries lacks logical reasoning considering that the country’s economy is yet to get resuscitated due to among others the effect of the novel Covid-19 pandemic which has proven to be devastating.

“We cannot stand aside and look at such impunity going on for a few people think that they are clever to take advantage of the positions to play around with the public purse with selfish motives, we are consulting on how best we shall conduct vigils at parliament when the house reconvenes,” Mhango said.

However, Mayor of the Municipality of Kasungu Socratis Jere says the amount of money set to be received by ward councillors is not enough and they will continue engaging government on the matter until they start getting what is equal to their tasks.

“We are still not satisfied with our take home package and we will continue engaging government to consider increasing the package considering how involving the work of the councilors demands, but other wise we appreciate that half a loaf of bread is better than none,” Jere said.

Social and economic commentators, Sherriff Kaisi and Wonderful Mkuche agreed on the need to the parliamentarians to consider rescinding their decision which they say is only an act of extravagance and taking advantage of poor Malawians.

“There is no any justification for our parliamentarians to award themselves with such hefty salaries and allowances when it is well known that the majority of the population lives below the poverty line, let them rescind that decision immediately,” Kaisi said.

Meanwhile, Secretary of Parliament Ian Mwenye has denied to comment on the matter though he demanded for a questionnaire from this reporter.
And here below is one of the documents gone viral on various social media platforms which is raising the level of anger among many Malawians for what the 193 parliamentarians have done at the expense of the population of whom a majority leave below US $1per day.

Let THE ONE break down for you on MPs benefits
No one can argue with parliamentarians when it comes to this opportunity of a life time my noble ones, the role of a voter ends at the ballot box kwinaku it’s a big guys business.

2.2 million X 12 months = 26.4 million per annum annually.
Hence 26.4 million X 193 MPs = 5 095 200 000.
This means in 5 years we’ll spend 25+ billion in MPs salaries only of which I’m too certain the figure will be increased as we go.
Don’t forget a 50 million (9.6 billion) once off interest free loan per annum which they pay only 50% or 25 million of it and import duty free goods. “Osaiwala phindu limene lilinso” mu corruption ‘monga kugulldwa ndi olamula’ to vote against popular benefiting bills like adoption of federalism, reduction of banks interest rates and banks loans regulations.
‘Osaukanu musalubwelubwe’ your duty is to vote ‘basi tamvana? Siyeni ndidye money’, point of order madam speaker!
The question is, which job for all this extravagance?
Boma iloooo