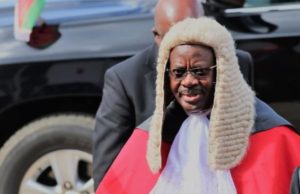 STATEMENT BY MEMBERS OF THE SOUTHERN AFRICAN CHIEF
JUSTICES’ FORUM ON THREATS TO JUDICIAL INDEPENDENCE IN
MALAWI AND STEPS TAKEN AGAINST THE CHIEF JUSTICE OF
MALAWI, JUSTICE ANDREW K. C. NYIRENDA, SC

As leaders of the judiciaries in our respective countries and as members of the Southern African Chief Justices’ Forum (SACJF), we are deeply concerned about the recent developments in Malawi which appear to undermine the independence of the judiciary and individual Judges.

On Friday 12 June 2020, the Malawi Government’s Chief Secretary issued a notice purporting that Chief Justice Nyirenda had been placed on leave with immediate effect. The notice reads as follows: ‘Government wishes to inform the general public that the Right Honourable Andrew K. C. Nyirenda, SC, Chief Justice of Malawi, will proceed on leave pending retirement with immediate effect.

The Honourable Chief Justice has accumulated more leave days
than the remainder of his working days to retirement date. In accordance with the Constitution, the most senior Justice of Appeal will act as Chief Justice until such time as His Excellency the President will appoint a successor.’The SACJF has learnt that a similar notice has been issued in relation to Justice of Appeal, Mr. Edward Twea, SC.

We are aware that Chief Justice Nyirenda’s constitutional tenure of office is supposed to come to an end in December, 2021,while the constitutional tenure of office for Justice Twea expires in April, 2021.We note that the notices from Chief Secretary were not issued by the appropriate authorities, namely the Chief Justice himself, or the Judiciary. Instead, an official of the Executive arm of government issued the notices. The Government’s notices donot indicate whether or not the decisions to go on leave were made voluntarily by the Chief Justice and Justice Twea, respectively.