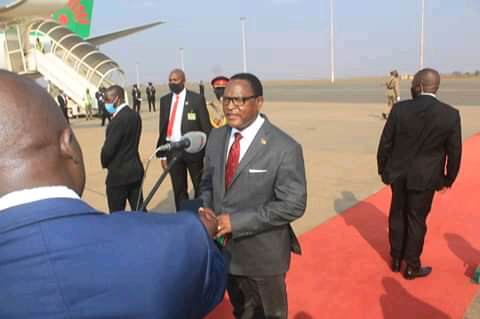 The Tonse Government has finally disembarked from what many people thought was a budget formulated to address economic woes pressing most poor Malawians living in both urban and rural areas.

Just this week Malawians have witnessed an increase in price of food and none food materials (inflation) on the market which spelled trouble to many Malawians considering th lean season when most households have no food stalks.

On Wednesday evening many Malawians were shocked with news from the capital city announcing that the Malawi Energy Regulatory Authority (Mera) has also revised fuel prices upwards effective midnight.

Mera spokesperson, Fitina Khonje said the adjustments has been attributed to the increase in fuel landing costs and the depreciation of the Kwacha by 3.37 percent since May this year.

Ironically, a few weeks ago Malawi’s Central Bank Governor, Wilson Banda told the nation during a press Briefing held in Mzuzu that the country’s economy is expected to grow by 5% which clearly shows that government is failing to create a conducive economic environment for the citizens.
With this increase in price of petroleum products there is no question about an increase in goods and services which will greatly impinge on the country’s larger population who cannot even afford US$1 a day against numerous political campaign promises and this year’s national budget projections which have turned against the ordinary people.

Meanwhile, the country’s leviathan is busy country trotting disguising under the pretex, inspecting development projects and yet the whole process is only aimed at accumulating allowances for themselves to regain what they lost during campaign period.

One of the socioeconomic commentators, Mteremuka Kumwenda wrote on his Facebook account faulting the DPP government that in a run up to the election, mismanaged the political side and downplayed the economic factors in determining fuel prices.

“This must have put unnecessary pressure on the fuel stabilization fund, the negative effects of which are what we are experiencing now,” Kumwenda said.

And also commenting on his Facebook account, another country’s prominent businessman, Frank Tumpale Mwenefumbo advised government to quickly consider linking Tazara through Mbeya dry port to Chilumba which is roughly 200 kilometers away.

“The biggest component in the price structure of fuel is transportation, government should consider linking Tazara through Mbeya dry port to Chilumba Port on Lake Malawi (200km) with onward deliveries to other regions,” Mwenefumbo said.

He further said currently transportation of petroleum products using trucks is just unsustainable and not economical especially using foreign haulers which is the case at the moment.

Ironically, on Tuesday, December 1, 2020 the Tanzanian Energy and Water Utilities Regulatory Authority (EWURA) announced the reduction in new cap price for all petroleum products in the east African country hence confusing Malawians on the justification of Malawi’s fuel price adjustments.

Earlier this week the price of cooking oils were also revised upwards following government introduction of tax on all edible oils.