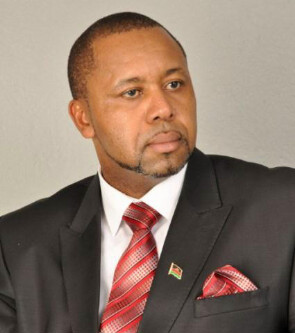 The office of the vice president has cancelled the interface meeting which was slated to take place in the city of Mzuzu on Monday.

In a statement issued on Sunday afternoon, the vice president’s office says following the strict measures put in place by government aimed at fighting against the spreading of Coronavirus, the meeting will not take place until further notice.

The Vice President, Dr. Saulos Chilima, who is also Minister of Economic Planning, Development and Public Sector Reforms, was expected to have an interface meeting with the leadership of Northern Region based Parastatal organisations and District Councils.

And here below is press release made available to all the media houses on the Postponment of the engagement meeting.

Lilongwe – 12th July, 2020: Vice President Dr. Saulos Chilima, who is also Minister of Economic Planning & Development and Public Sector Reforms, has postponed to a later date an interface meeting he was scheduled to hold on Monday, 13th July, 2020 in Mzuzu with the leadership of Northern Region based Parastatal organisations and District Councils in adherence to the new guidelines released by government stopping large gatherings in the wake of an upsurge in Covid-19 cases in the country.

On Friday 10th July, 2020 after the release of the new guidelines, the Directorate of Public Sector Reforms communicated the postponement to all invitees and stakeholders to the meeting who include Heads of Parastatals, Directors of Finance, Chief Executive Officer (CEO) for Mzuzu City Council and all District Councils in the north.

The postponement is in line with a Covid-19 Situation Update released by government which states that owing to the escalation of infections and deaths due to Covid-19, there is need to implement stricter measures to contain the spread of the Corona virus in cities, towns, municipalities and communities throughout Malawi.

The Office of the Vice President notes that the Mzuzu meeting would have attracted more participants as it would have brought together all northern region based District Councils, Parastatal CEOs and their Directors of Finance hence the postponement of the meeting to a later date to be announced.